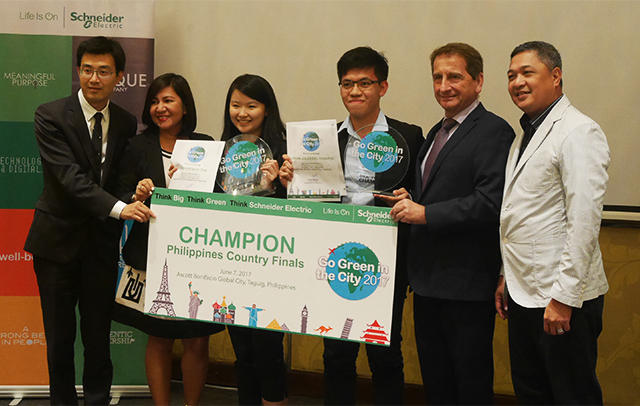 The winning team was selected by a respective panel of judges which includes Schneider Electric Philippines Country President Claude Mazallon, Schneider Electric CFO for Philippines and Taiwan Junmin Shen, and Department of Energy Special Assistant Arwin Ardon, under the criteria of innovation (50%), feasibility (30%), and candidates’ profile (20%). 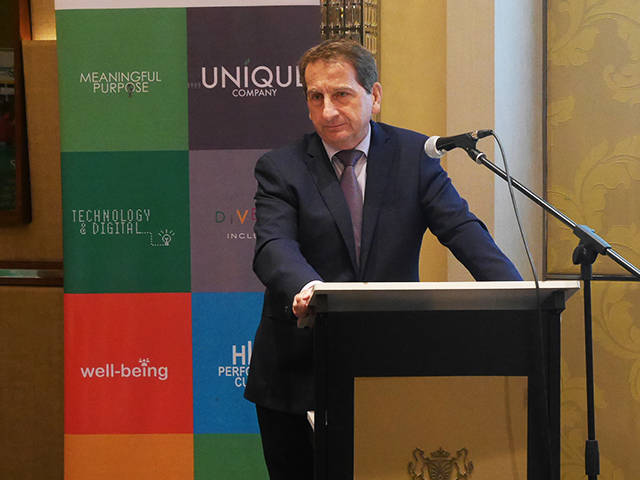 “It’s wonderful to see the youth so involved, committed, passionate, and creative about solving the energy equation in the country,” mentioned Mazallon. “Evaluating all the submissions, now we’re down to the top three finalists, we have seen a lot of good ideas, a lot of efforts, and a lot of passion,” he added.

Now on its 7th edition, the Go Green in the City is a global business competition challenging students to partake in Schneider’s efforts on innovating solutions for safe, reliable, efficient, and sustainable energy, as well as gaining insights into the world of smart cities by producing their own projects.

Recognizing the Philippines as one of the top competitors of the Go Green in the City challenge, Schneider Philippines will provide mentoring sessions for Del Rosario and Tan in preparation for the regional finals.

The Philippines already has one championship title under its name after Alyssa Vintola and Lorenz Payonga of Ateneo de Manila University emerged as the champion with their project dubbed as Oscillohump for Go Green in the City 2013 global finals held in Paris, France.

Previous Story
Thailand, Philippines and UK hailed winners of CyberMods24Hrs at Computex 2017
Next Story
Millennials tend to share too much personal information online