The Venue 8 7000 series actually boasts a number world's first achievements, but the most attention grabbing of all has got to be its insanely thin 6mm profile. Despite the rather thin nature of the tablet, it's very sturdy and robust in design and handling and you wouldn't feel like handling a fragile piece of equipment. The next most visible aspect is the near edge-to-edge 8.4-inch OLED screen that gives the device a very slim cabinet that projects itself as being cutting-edge in design. Once you power it up, you'll also notice its stunningly sharp screen resolution of 2,560 x 1,600 pixels, which is further bolstered by the vibrant colors produced by its OLED display. 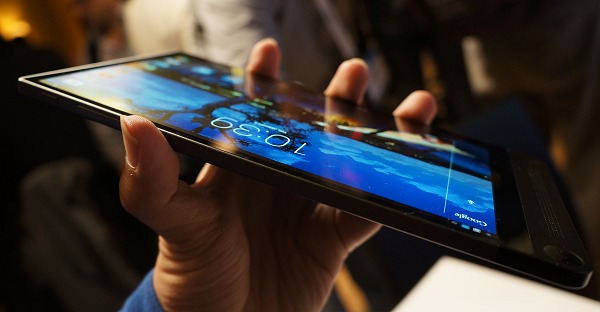 Under the hood, the tablet is powered by Intel's Atom Z3500 processor, but what makes it special is that it's the first Android tablet to feature Intel's RealSense 3D camera technology with an Intel RealSense Snapshot Depth Camera that's positioned below the OLED screen. The camera and technology allows capturing depth information to form a depth map for every photo taken, which enables actual measurement of objects and refocusing images (similar effect as Lytro's light field digital camera) via Dell's Gallery application. These new capabilities open up more creative ways to use the tablet and interact with their photos. And as an Intel technology, it's likely to interest more developers to come up with apps that could use these capabilities in new ways. 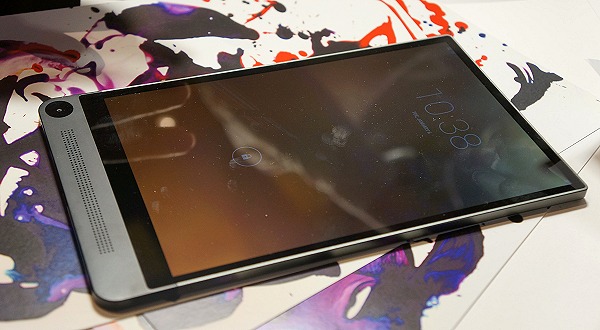 While the Dell Venue 8 7000 series has officially been announced at today's Dell press conference at CES 2015, it's however no stranger to tech media like HardawareZone. Previously, Dell teased us of this product at Intel's Developer Forum (IDF) in September.

Since it's now launched, we can also confirm that is priced at US$399 and will be available for purchase shortly. This puts it at a very competitive spot along with other leading tables like the Samsung Galaxy Tab S (8.4) and the Sony Xperia Z3 Tablet Compact, but with its unique attributes and world's first achievements, we expect it to easily hold its fort. No word yet of local availability, but do watch for our updates in the following months.