DxO, the company behind the industry-leading camera analysis software DxOMark, has made its first camera. The DxO ONE is a connected camera accessory designed to be used with Apple's iPhones and iPads. It's small, but has a large 1" sized 20.2MP CMOS sensor, with an integrated Lightning connector and a fast 32mm equivalent f/1.8 lens. The ONE weighs in around 108g and the Lightning connector swivels, so you can tilt the attached camera for more shooting angles. 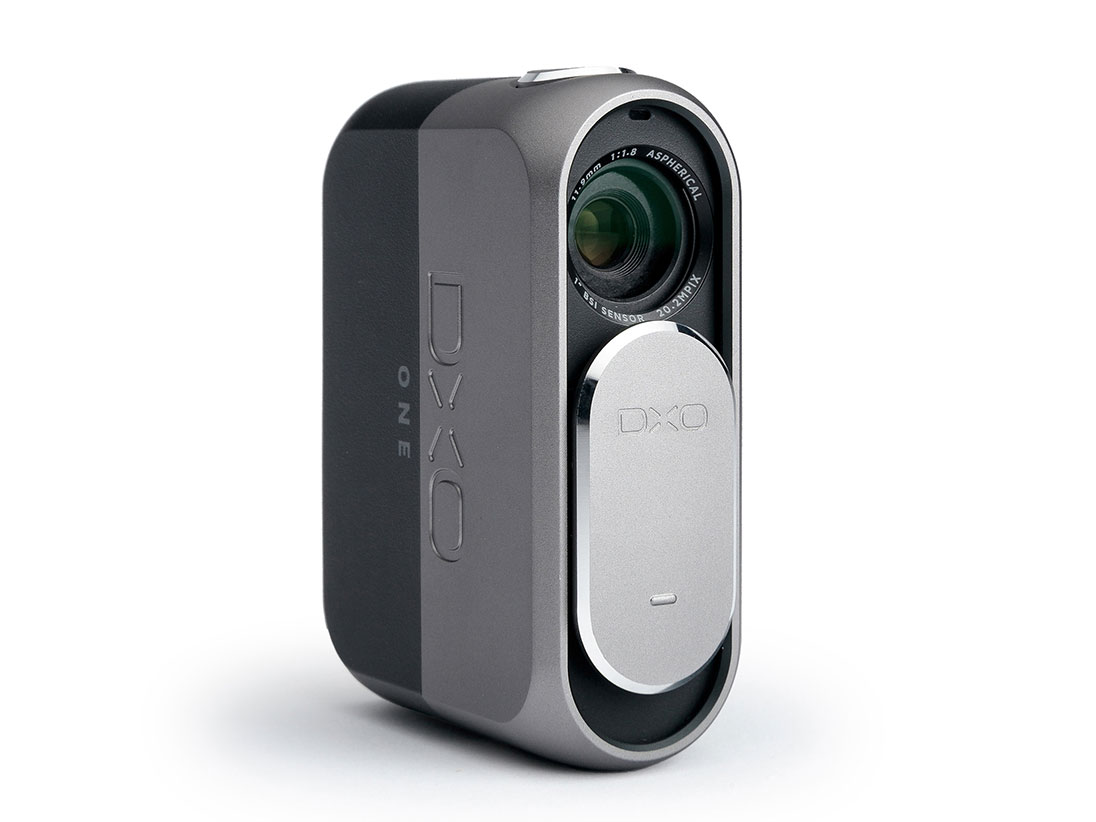 The DxO ONE is conceptually similar to camera attachments like Sony's QX series, but the main hassle with those accessories has been the lag time behind turning on/off the camera/app. The physical Lightning connection should reduce any lag between the smartphone and camera.

The DxO ONE could also quite possibly be the smallest 1" sensor camera made. The Sony QX series run with smaller sensors, and when it comes to digital compact cameras, only the higher-end ones like the Sony RX100 IV and Canon's PowerShot G series use a 1" sensor. 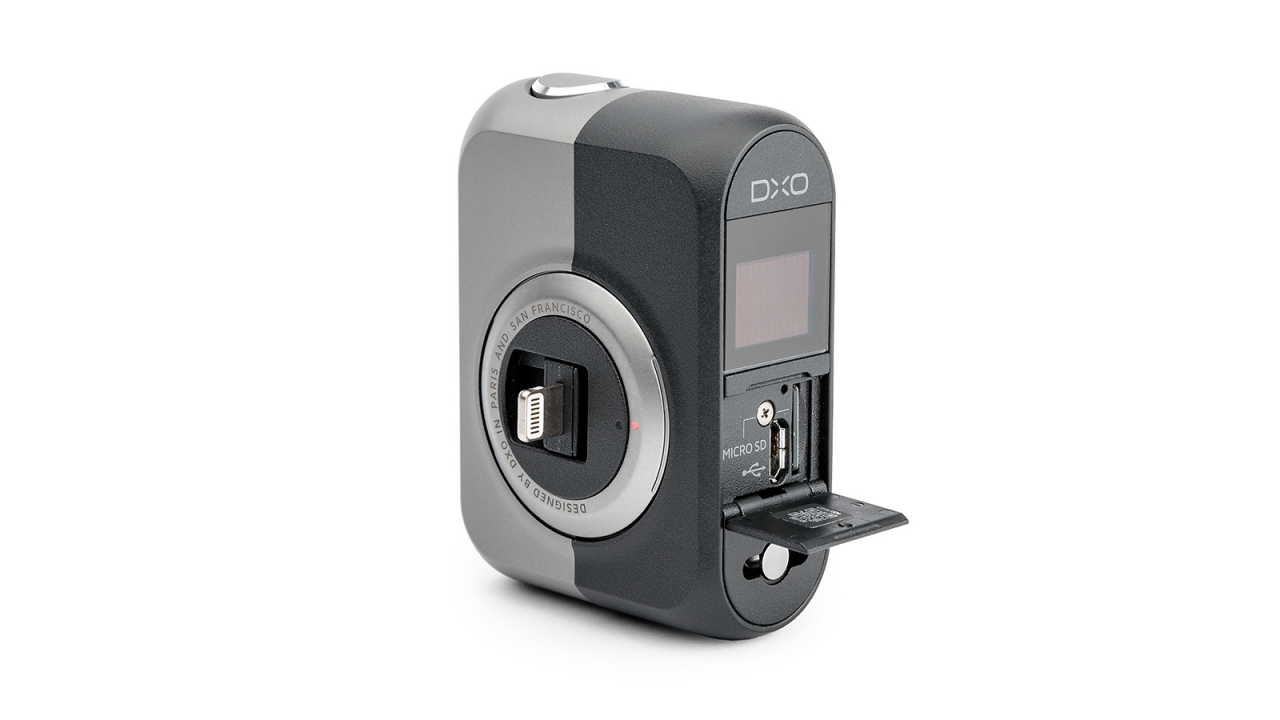 The DxO ONE has a physical shutter button, and uses the iPhone/iPad's screen as a digital viewfinder. A MicroSD card slot saves images taken, so they don't quickly fill up on the iPhone. A built-in battery pack is rated up to 200 shots. Video recording is available at 1080/30p, as is saving in raw. The ONE comes with an interesting Super Raw mode, which captures four raw frames in quick succession, then composites them back on a PC with DxO software. 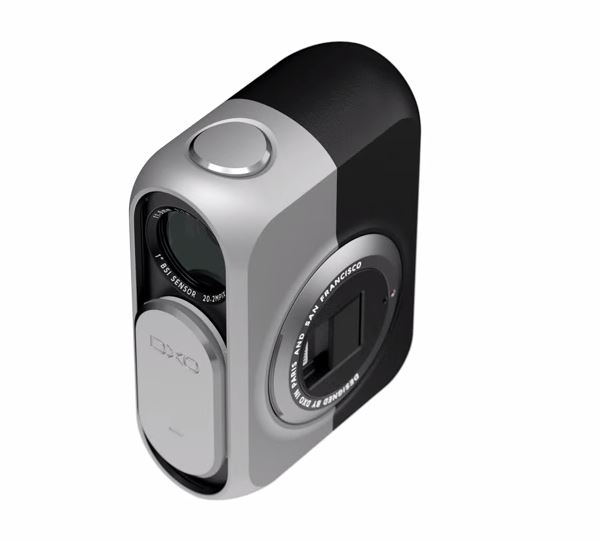 The DxO ONE is available for pre-order now at US$599, and is expected to ship in September. The only question we have is: what will DxO name its sequel? 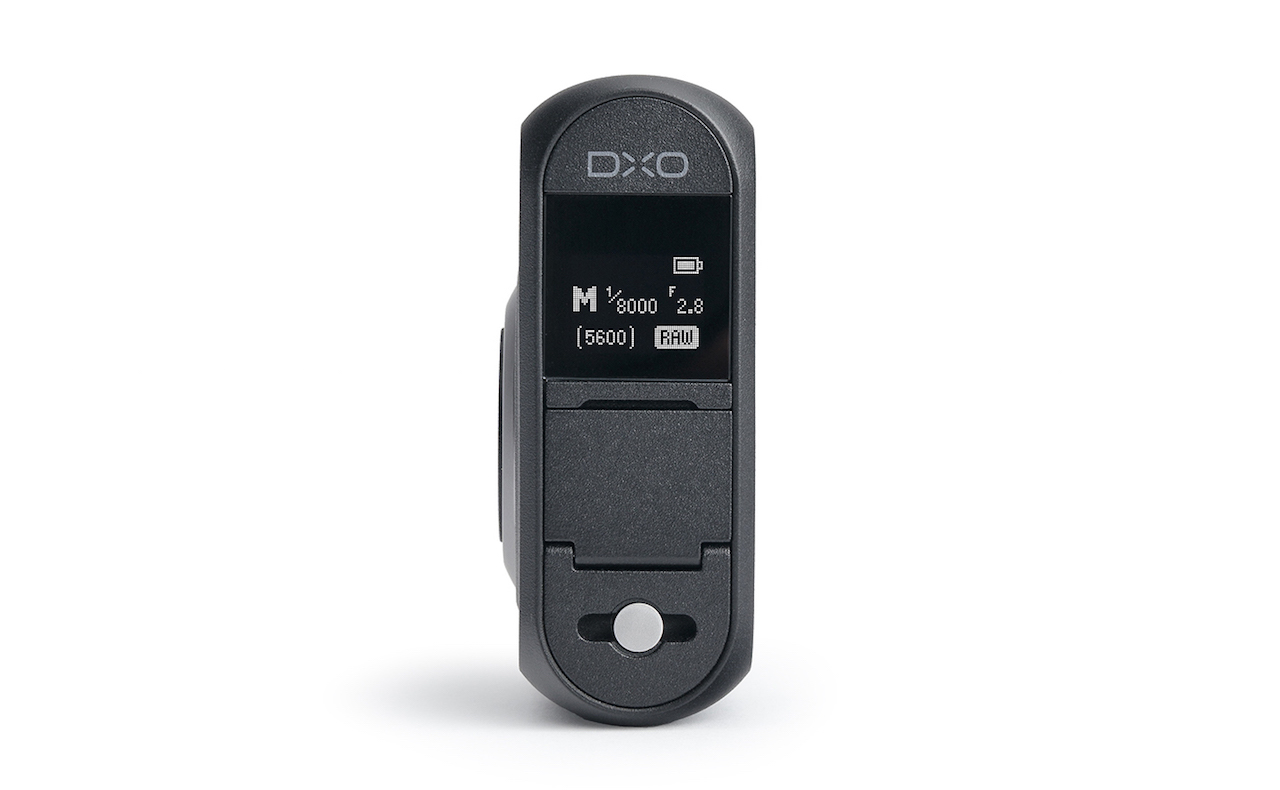