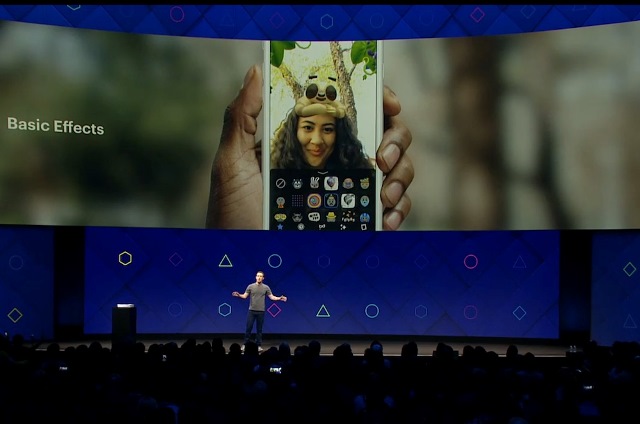 Facebook has announced the launch of its Camera Effects Platform during its F8 developer conference in California. The company also claimed that the platform will offer developers a way to add Augmented Reality effects to its Facebook camera software.

According to New York Times, Mark Zuckerberg called for computer programmers to build augmented reality-based apps for this platform.

The platform’s main focus is on two new tools. One of it is called Frame Studio, which is a web-based tool that’s open to anyone with a Facebook profile or page. Android Authority reported that this will allow developers to create and design frames that can be used as part of the social media site’s profile picture or in its new camera app.

The other tool is the AR Studio. This will allow developers to create more AR effects. It can even react to motion, interactions during Facebook Live broadcasts. Like the Frame Studio, these effects need to be approved first to make sure that it follows the Facebook’s guidelines.