The said collection will also take the world fashion stage as John Herrera is set to showcase the Armada collection at United Kingdom’s largest independent showcase for emerging and established design talents during the 2017 London Fashion Week happening on September 15 to 19.

The Armada collection, according to John Herrera, was derived from the map created by Diogo Ribeiro depicting the world in 1529, the first world map in history to include the Philippine islands. Details related to King Philip II of Spain were also integrated into the design to further emphasize a historic look embodied on combined hues of sepia and brown.

“With the help of Epson’s digital textile printing technology, I was able to render parts of this medieval map and present designs in opaque and translucent fabrics. The combination of sheer and stiff materials with soft fabrics create new silhouettes will remind us of sailing to new worlds,” shared Herrera.

For Epson’s part, the company’s collaboration with Herrera is its way of expanding presence in the lifestyle and fashion market through their digital textile printers. According to Ed Bonoan, Senior General Manager, Marketing Division of Epson Philippines, this partnership showcases the “perfect meld of art and technology.”

“John illustrates exactly the meld of technology and art. He did the art side very well and he collaborated with us on the technology side, and I think the results really speak for themselves. What could not have been done very easily is now being done almost instantaneously,” Bonoan said in an interview during the preview of the Armada collection. “This latest collection is John’s avant-garde take on our history and roots, a creation that we are confident will put the Philippines on the map once again,” Bonoan added.

The intricate design of Herrera’s Armada collection was transferred to fabric using the Epson SureColor F9200 printer which utilizes the dye-sublimation transfer process and Epson PrecisionCore printhead technology with printing speeds of up to 1,044 square feet per hour and widths of up to 64 inches. 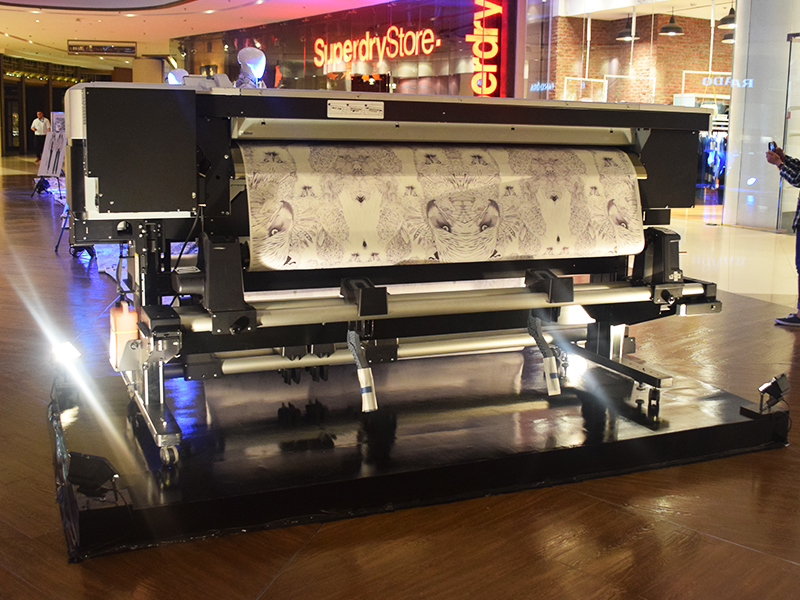 Watch out for our Q&A session with John Herrera in HWM Philippines October issue.