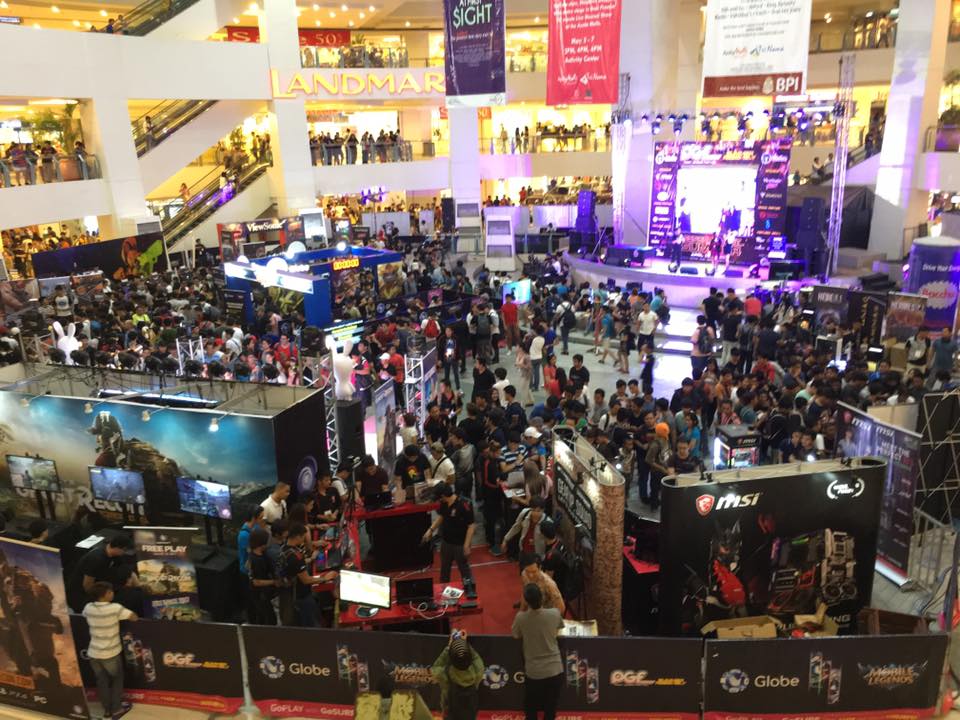 Filipino gamers rejoice! The Pinoy Gaming Festival is now open to all between April 28 - 30 at the Trinoma Activity Center in Trinoma, Quezon City. 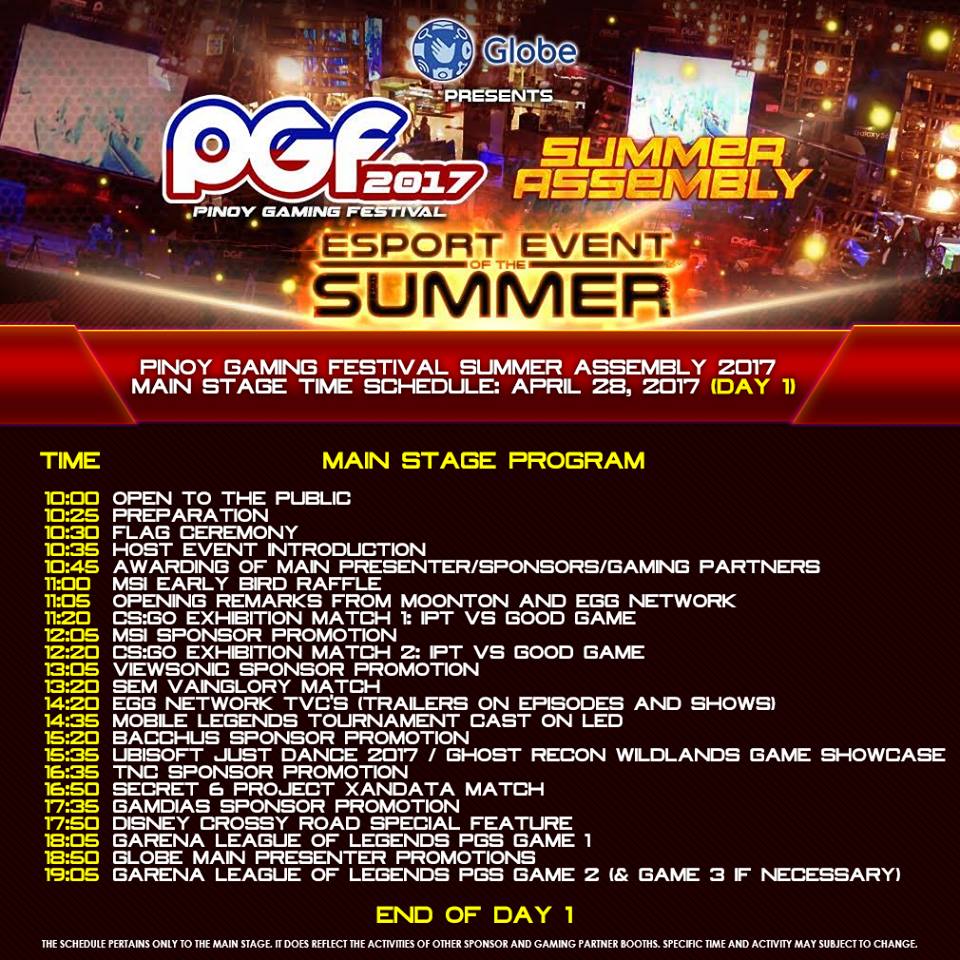 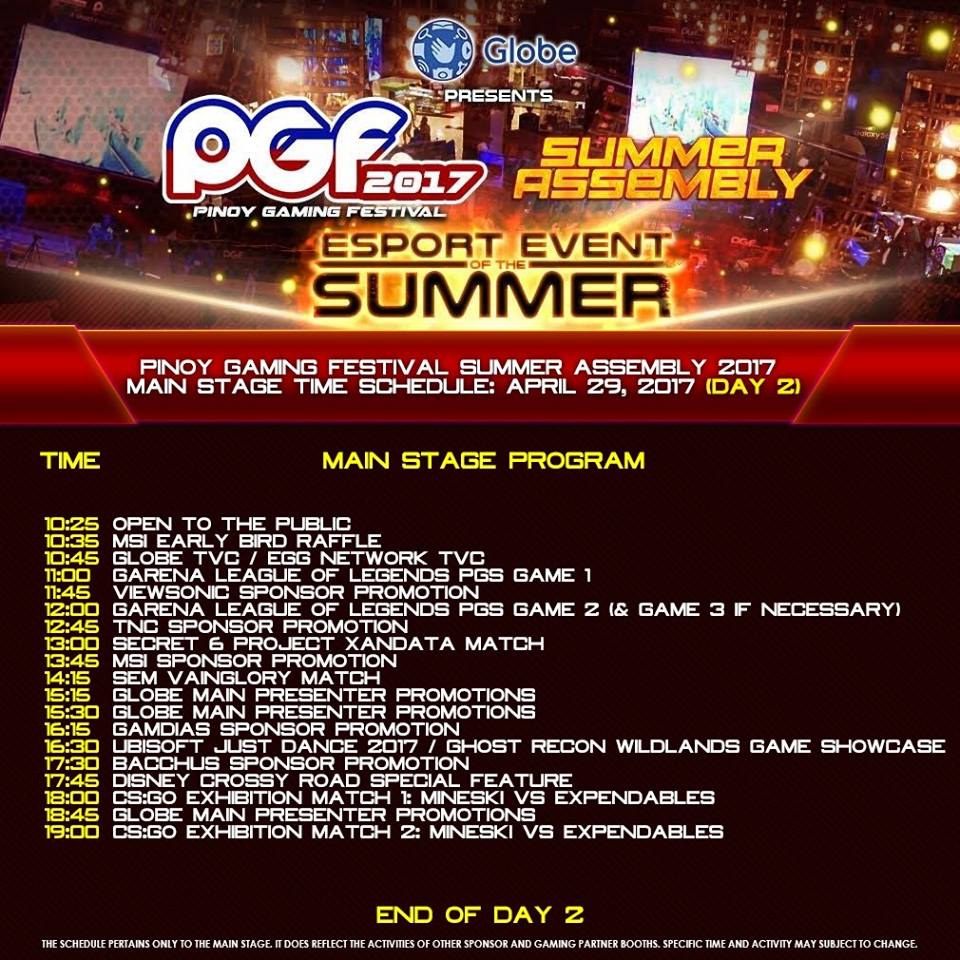 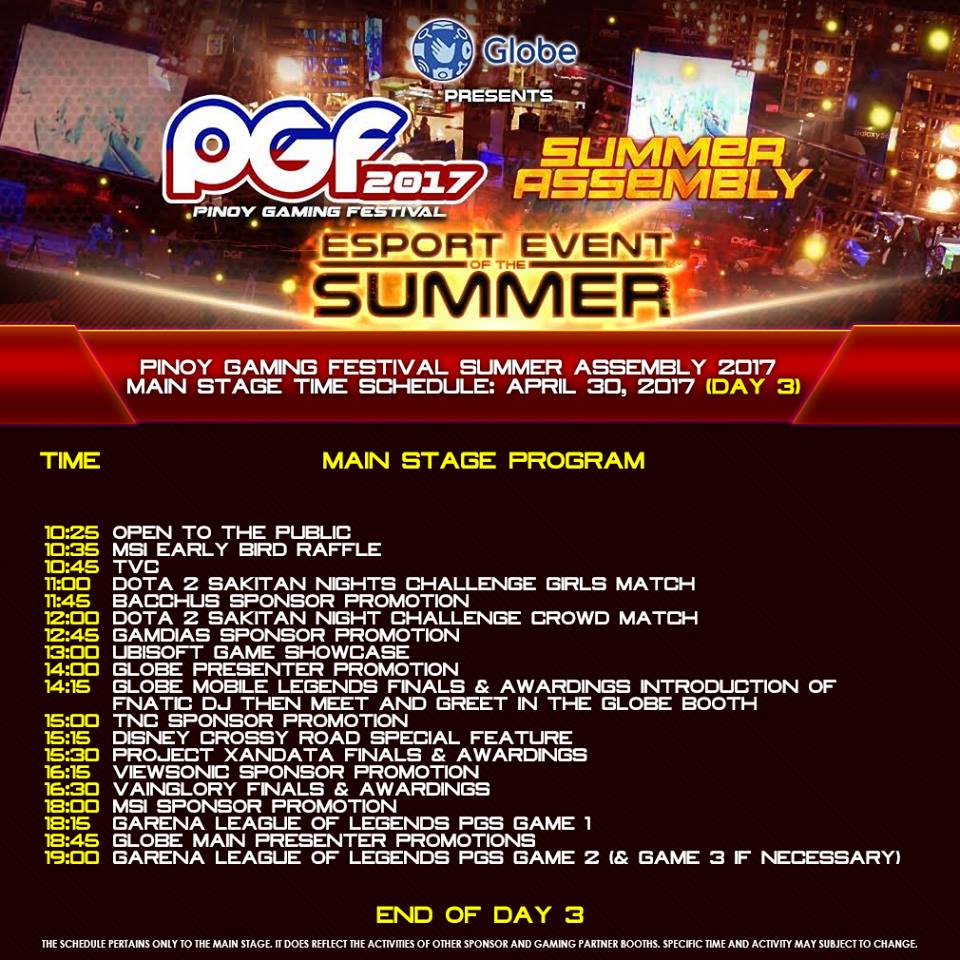 Entrance is free for all comers. All attendees are treated with a special demo area for Ubisoft’s Tom Clancy’s Ghost Recon, For Honor, and Just Dance. 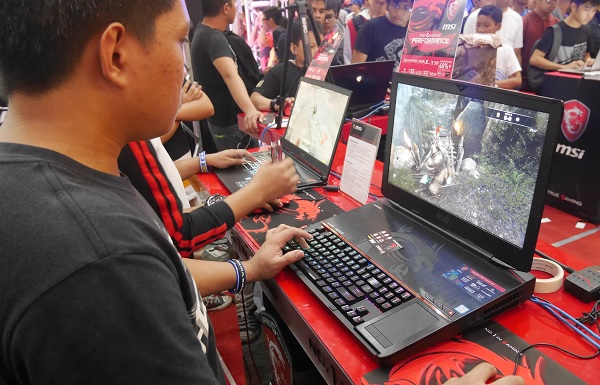 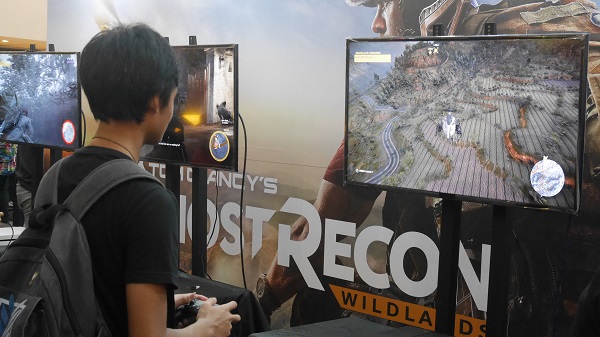 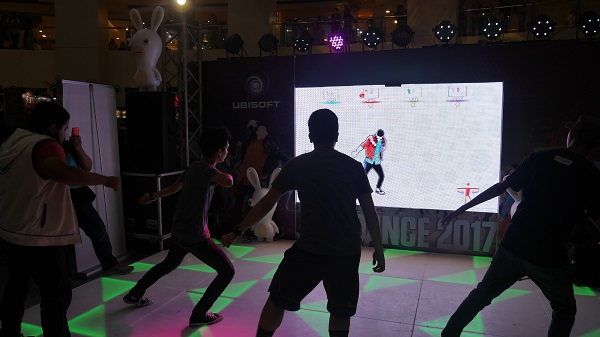 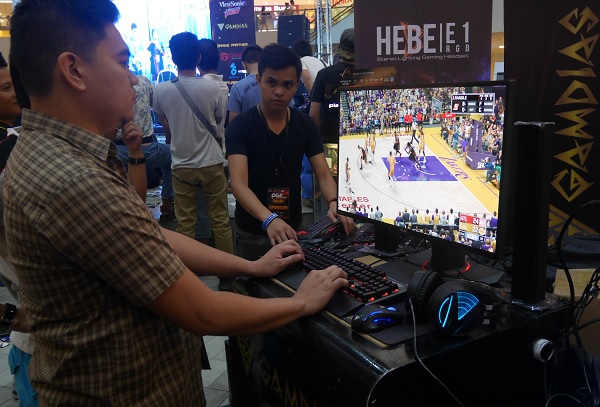 We’ve actually reviewed some of their peripherals in the recent past. If you’re interested in their performance head over to our review section and see how they perform. 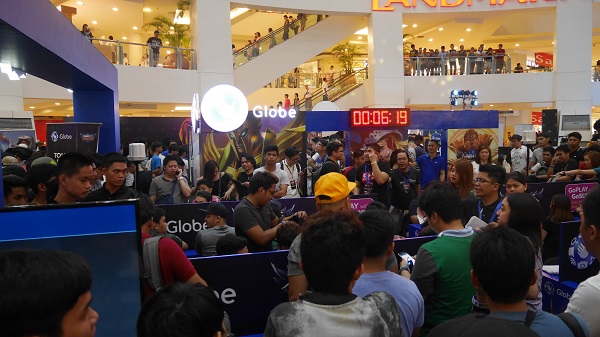 For all you Mobile Legends addicts out there, the Globe is hosting the first ever Philippines Mobile Legends Tournament at the PGF. With gameplay reminiscent of MOBA games such as DotA 2 and League of Legends, Mobile Legends makes sure that each player strategizes when choosing their own hero as they have their own inherent strength and weaknesses. As a MOBA, it requires players to work as a team in order to get the upper hand. Teams that register in the Mobile Legends tournament will be treated to special Globe Skin dubbed as Blue Spectre. 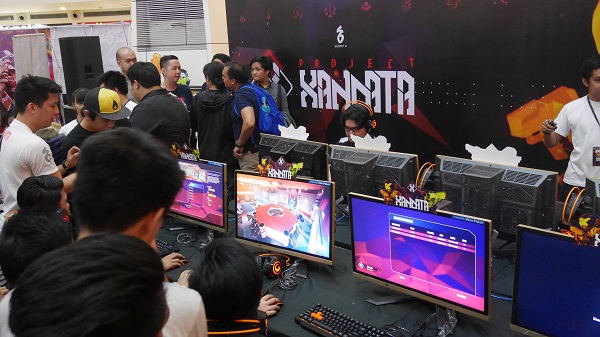 Upcoming games such as Vainglory and Project Xandata are also present with demos to let users experience their respective gameplay. 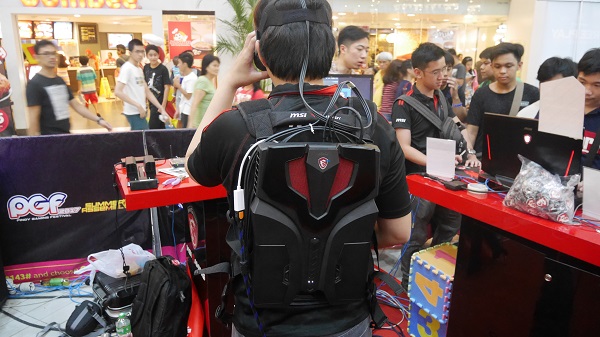 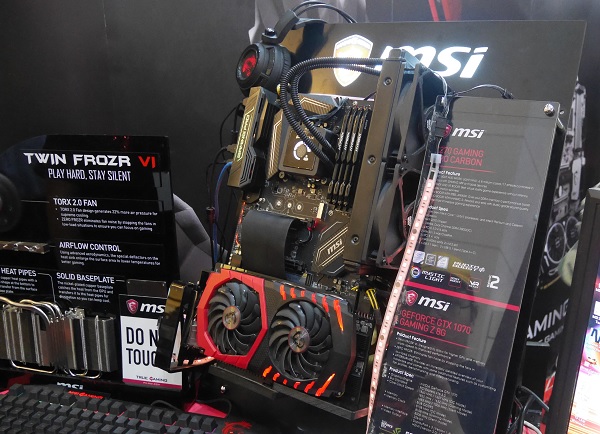 MSI is also showing off the capabilities of their components and laptops by letting users experience VR gaming via an HTC Vive. The brand is also showing their love to gamers by offering a time-limited promo in the Pinoy Gaming Festival. Interested parties can get a free MSI DS4200 Gaming Keyboard if they are going to purchase an MSI motherboard and video card. Once users have purchased their gear, they’ll only need to contact MSI Philippines’ Facebook page and send a scanned copy of the invoice of the purchased items and photos of the boxes and serial numbers. The promo lasts until April 30, 2017 and authorized sellers are only limited to IT stores at Trinoma and SM North. Here are the participating models:

Aside from this PGF-exclusive promo, MSI is also running a couple of other promos for the gamers. 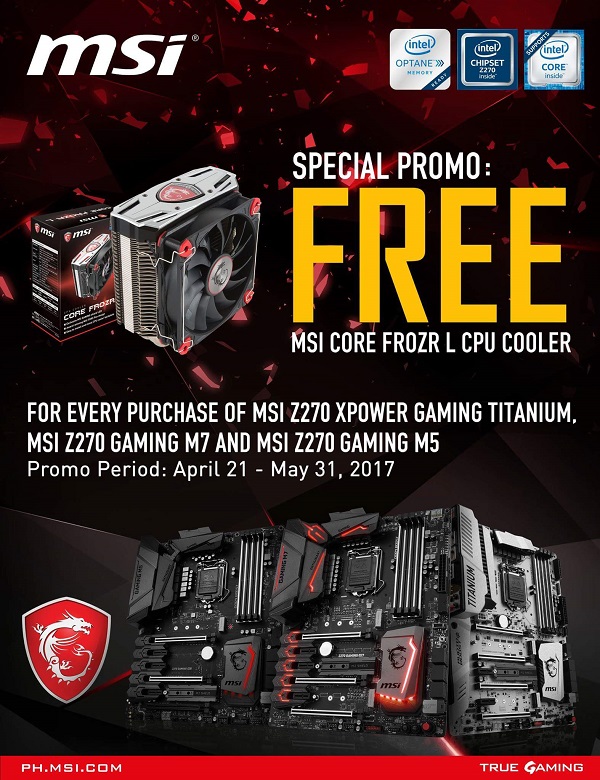 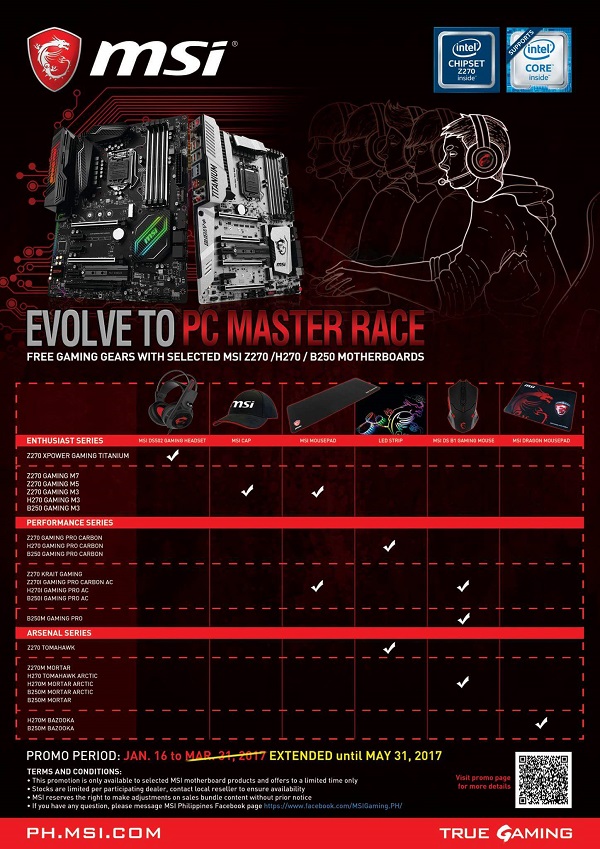 The brand is also giving away lots of freebies with a purchase of a Kaby Lake-compatible motherboard. Check out the table below to see what kind of freebie you can get if you get an Intel motherboard. 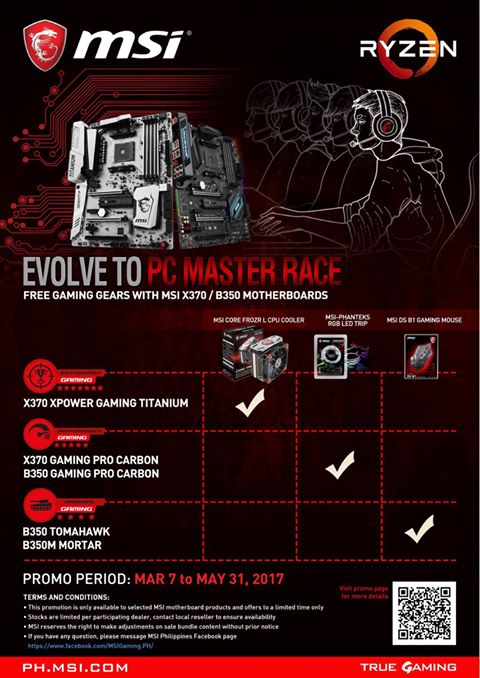 Of course, MSI is also giving some love to AMD’s Ryzen processors. With a purchase of a Ryzen-compatible motherboard, you can get a lovely freebie from MSI. 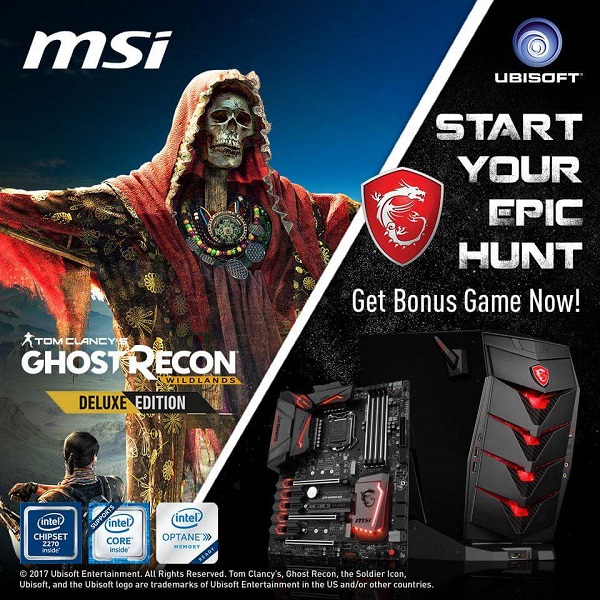 Meanwhile, gamers can also get a free deluxe edition of Tom Clancy’s Ghost Recon Wildlands if they purchase an MSI X99, Z270, or H270 motherboard. This promo will run until June 26, 2017.