In a time when some of us might still be off to shake the weight we gained from the previous holiday season, Fitbit launched its newest fitness smartwatch in the form of the Fitbit Ionic. 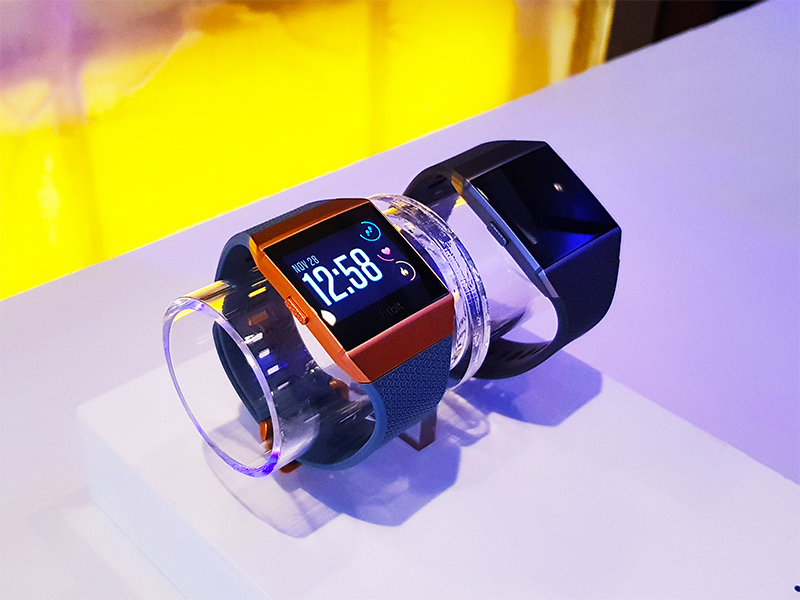 Packed with new and improved features, the Fitbit Ionic comes in a sleek and premium-looking design with its 1.42-inch touchscreen LCD coated with Corning Gorilla Glass 3. Similar to other Fitbit fitness bands, the Fitbit Ionic tracks the standards like the number of steps, calories burned, and distance traveled. The Fitbit Ionic also keeps you updated through smart notifications.

One of its main attributes includes the Fitness Coach, a feature which acts like your personal trainer right on your wrist. Through this, users can access an onscreen workout with instructions which the duration they can modify for seven minutes and ten minutes. This device also comes with a sleep tracker and PurePulse heart rate tracker which keeps track of user’s heart rate to further personalize exercises. 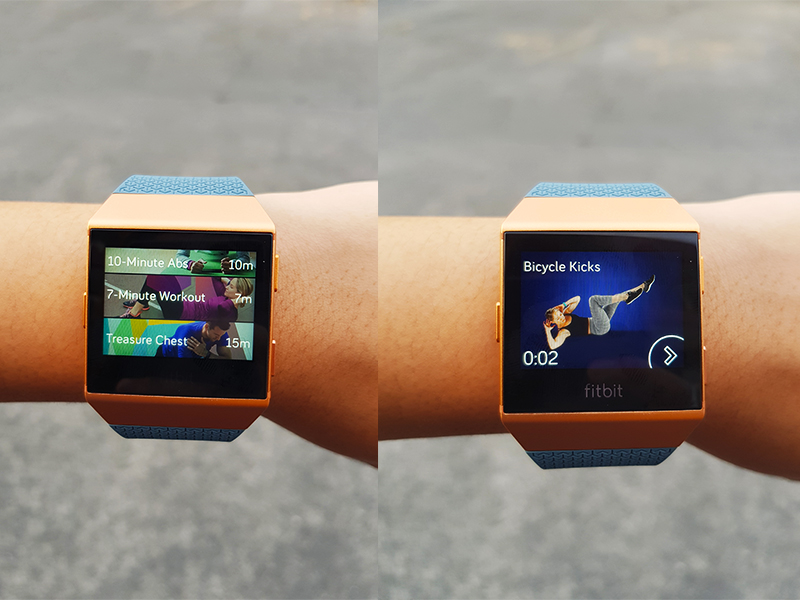 Moreover, the Fitbit Ionic comes with an SpO2 sensor that accurately measures blood oxygen levels. Unlike other fitness bands, the Fitbit Ionic is capable of lap counting with its swim exercise mode. Other notable features include a five-day battery life and water resistance of up to 50 meters.

With the objective of keeping away the distractions caused by using mobile phones during workout sessions, Fitbit has equipped the Ionic with a 2.5GB internal storage to keep up to 300 songs onboard the watch.

Another innovative addition to this smartphone is the Fitbit Pay, the company’s entry to the advent of cashless payments. This allows the Fitbit Ionic to be used in payments by uploading the user’s debit and credit card into the Fitbit App then use it for payment through the Fitbit Ionic’s built-in NFC chip. While this is available in select foreign countries, Fitbit is still in the works of implementing it here in the Philippines. 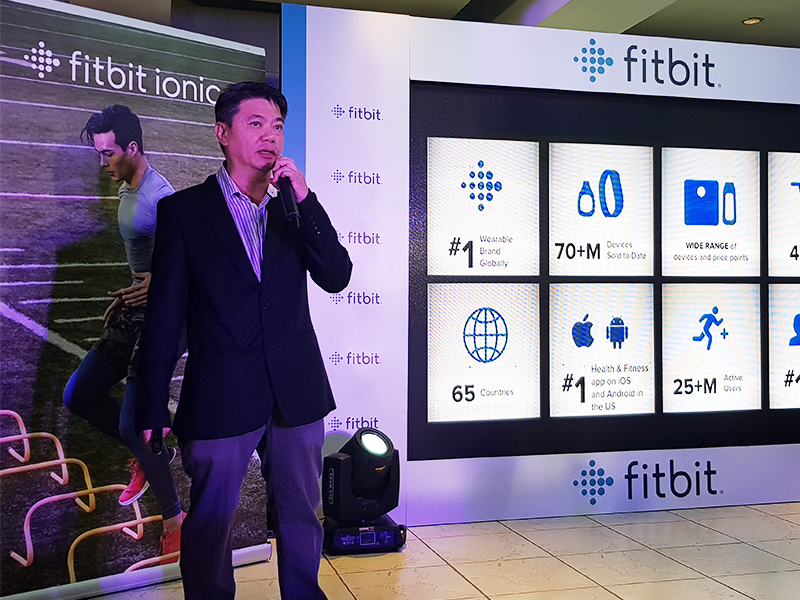 Gracing the launch of Fitbit Ionic’s here in the country, Fitbit Regional Lead for Southeast Asia, Hong Kong, and Taiwan Louis Lye shared that the Fitbit Ionic is the company’s most advanced fitness band to date.

“With Ionic, we are delivering what consumers have not yet seen in a smartwatch – a health and fitness first platform that combines the power of personalization and deeper insights with our most advanced technology to date, unlocking opportunities for unprecedented health tracking capabilities in the future,” Lye said.

Lye also noted that since its launch ten years ago, Fitbit has achieved the top rank in the fitness band department globally, with more than 70 million devices sold and more than 25 million active users worldwide.

“Ten years ago, Fitbit pioneered the wearables category with the introduction of its first health and fitness tracker. Since then, we have become the leading global wearables brand, setting the pace of innovation in the category and establishing the largest social fitness network that helps millions of people around the world be healthier,” the executive added.

The Fitbit Ionic is available locally through Digital Walker and Beyond the Box stores for PhP 15,690.