Do you want to own a brand spanking new Samsung Galaxy S III? It would be foolish to say ‘no’. Good thing, Samsung Philippines is giving you a chance to bring home this flagship Android smartphone ‘designed for humans’ through a new contest dubbed as ‘The Samsung Galaxy S III Logo Hunt: Catch It, It’s Yours’. Do you want to learn more about the mechanics of this exciting promotion? Simply read the press release below. 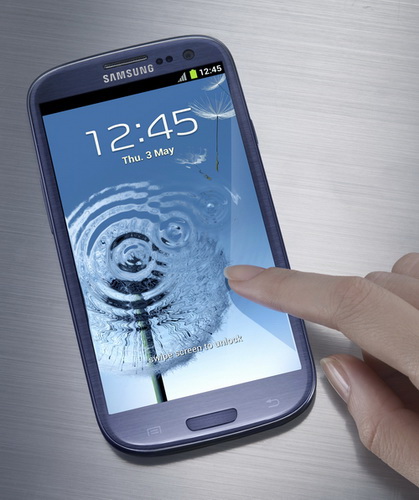 Also, if you are a student, we are giving you an opportunity to win a Samsung Galaxy S Wi-Fi 4.2. For interested parties, just visit our Forums section or click the link.

MANILA, PHILIPPINES - The excitingly intuitive Samsung GALAXY S III smart phone, the latest technological innovation from global consumer electronics giant Samsung, challenges tech enthusiasts and gadget lovers everywhere to re-evaluate the way technology enhances and enriches their lives with its unique, user-centric “designed for humans” philosophy. It’s a phone so intelligent and intuitive, it understands what users want to do, making connecting, sharing, and living as seamless and effortless as possible, reshaping the way they see the reality of cutting-edge technology.

Now, Samsung further invites Android operating system (OS) users everywhere to see reality in an even richer new way through its first-ever Augmented Reality (AR) scavenger hunt. Aptly named “The Samsung GALAXY S III Logo Hunt: Catch It, It’s Yours,” participants have the chance to win their very own Samsung GALAXY S III by simply downloading a free app, then hunting down and scanning GALAXY S III logos from just about anywhere in the environment, be it from a billboard, a print ad, a poster, or even from the Internet.

1. Download the Video AR app onto your Android-powered device for free from the Google Play Store.
2. Register and log in via one’s Facebook account, or create a dedicated new account for the contest within the app itself.
3. Search for the GALAXY S III logo anywhere – print ads, billboards, the Internet, posters, et cetera – and scan it in using the app.
4. Watch the exciting GALAXY S III video that pops up after each successful scan to earn ONE (1) raffle entry.
5. Earn up to TWENTY (20) raffle entries per day. The more logos you hunt down and scan each day, the more chances you have of winning.

This super-smart, super-intelligent device changes the way people interact with technology. With such intuitive features as Direct Call, for example, simply raising one’s GALAXY S III to one’s ear immediately calls the sender of an SMS. Another innovative feature called Smart Stay allows the phone to establish eye contact, letting it determine whether or not to dim its screen. S Beam allows large multimedia files to be shared in a flash just by tapping two GALAXY S III smart phones back-to-back, while activating Burst Shot on the ultra-crisp 8-megapixel camera allows you to capture up to 20 consecutive photos at an incredible 6 seconds. Pop Up Play is another revolutionary feature, allowing picture-in-picture viewing of videos, even as you text, surf, email, or play games. Truly, Samsung GALAXY S III has revolutionized the way gadgets are seen, and taught users that the best way to enjoy technology is to just allow it to fit seamlessly and intuitively into one’s life.

See a richer reality, reinvent how technology fits into your life, and embrace the way the Samsung GALAXY S III will not just be “designed for humans,” but designed to be won by you.