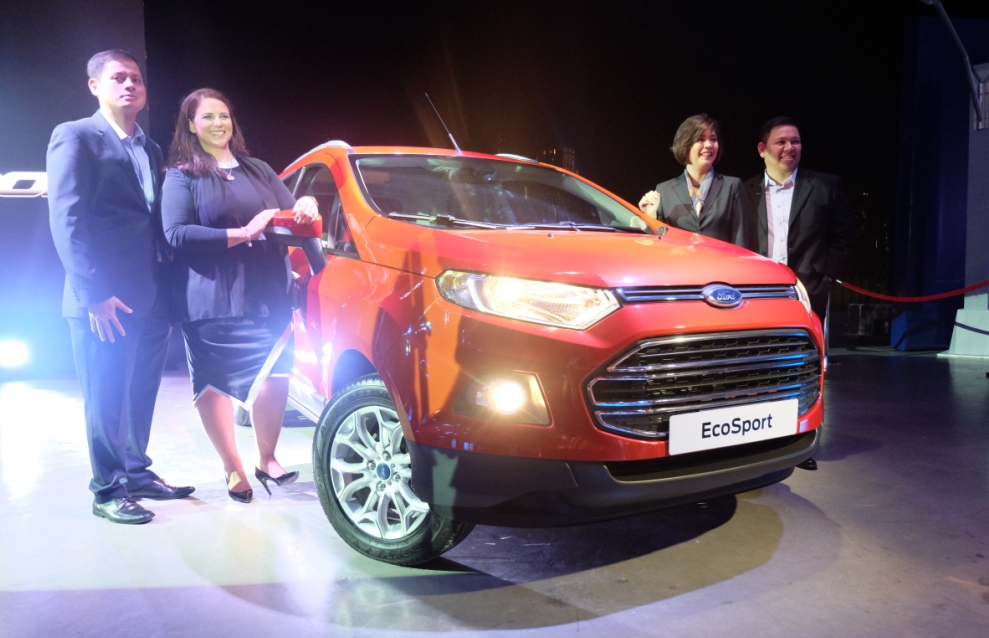 The all-new Ford EcoSport made its much-anticipated debut last January 30, 2014 in the Philippines – combining the agility, affordability and fuel efficiency of a compact car with the flexibility and spaciousness of a sport utility vehicle (SUV).

Based on Ford’s global B-segment platform, the all-new EcoSport is an aspirational alternative to the compact car, spacious enough for five adults and their gear. The EcoSport’s blend of versatility and smart connectivity will appeal to lifestyle customers who are independent and love exploring the world around them. “The all-new EcoSport was designed to break through the boundaries of today’s compact car and SUV segment. With a combination of quality design, an array of smart technologies, and great value for money, it sets a completely new standard in the market,” said Kay Hart, managing director, Ford Philippines. Four variants of the all-new EcoSport – powered by the global 1.5L twin independent variable camshaft timing (Ti-VCT) engine, in both automatic and manual transmissions – will be available at Ford showrooms nationwide starting in April at the following pricing:

Compact, contemporary and capable, the all-new EcoSport epitomizes urban life and urbane aspirations such as practicality, efficiency, drivability, reliability and attractiveness in a compelling package.

“The all-new Ford EcoSport is a global product that will enable our customers to experience a right-sized vehicle that has been developed with our market’s road conditions in mind, creating its own space in a highly attractive and very practical vehicle segment,” said Minnie Valencia-Bustamante, vice president, Marketing and Sales, Ford Philippines.

Consumers can catch the all-new Ford EcoSport Roadshow, which will include test drives, at select malls nationwide on the following dates:

The Ford EcoSport will be built at the company’s new state-of-the-art Ford Thailand Manufacturing facility in Rayong, which will supply the entire ASEAN region as well as other export markets. The stylish SUV will eventually be available in about 100 markets around the world.