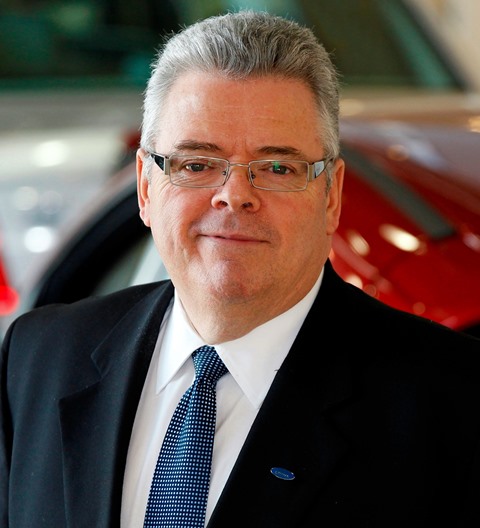 Ford Motor Company has introduced Bertrand Lessard as its new managing director for Ford Philippines, replacing Lance Mosley who will repatriate to the United States after six years of service in the Asia Pacific region.

“Bertrand has a wealth of experience with Ford in markets around the world and his leadership will help us continue to grow our business and our brand in the Philippines, Mark Kaufman, President of Ford ASEAN, said.

Meanwhile, Lessard is expected to report directly to Kaufman.

Lessard was the general manager at Ford Canada, Quebec Region, for four years, where he monitored a network of 80 Ford dealers, and became the general sales director of Ford France, where his job was to improve relations with the nationwide dealer network using enhanced process efficiencies and communications.

After that, he became interim managing director at Ford France in March 2016. He helped solidify Ford’s spot on the top two brand importers in the market, and was also assigned to the launching of Mustang which has now become the country’s best-selling sports car.

Lessard started as a service technician at a Ford dealership in his home province of Quebec, Canada in 1976. In 1984, he quickly joined Ford in its Canadian branch in Oakville, Ontario.

He assumed roles in after-sales, sales, and assistant regional director in 1985 by returning to their Quebec regional office.

Appointed as director of advertising for the dealer network at Ford Canada in 1994, Lessard was in-charge for all Ford corporate advertising in the country.

Lessard became the marketing director of Ford Middle East in Dubai in 1995. Not long after, within a year, he held the position of regional director and vice president of Ford Direct Markets in the same area. This time, he monitored nine countries.

In 1997, he was in Ford Vietnam working as a sales and marketing director where he solidified a formal sales and distribution network in the market.

Lessard held several leadership positions from 1999-2009 within the Ford Canada group. He became a national director of after-sales service, sales and service director for Eastern Canada, and even being the head of the restructuring of Ford and Mercury dealer networks.