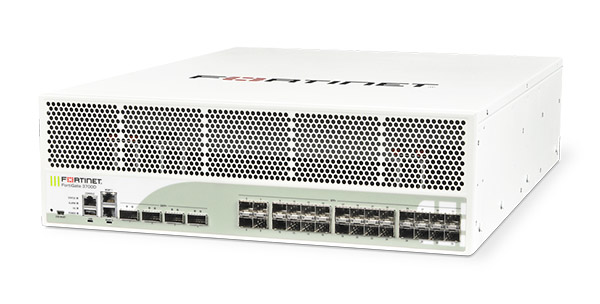 Fortinet is the first network security company to deliver 100Gbps+ firewall throughput and 40 GbE ports in a compact appliance, which redefines the standard for price per gigabit protected, price per port density, power dissipation per gigabit, and space per gigabit. This performance improvement lowers both capital and operational costs for customers while providing the highest performance and lowest latency available.

In a recent high-speed firewall survey of large organizations (over 1,000 employees) that have already deployed high-end firewalls (defined as those that currently support greater than 40Gbps aggregate throughput), Infonetics noted that the move to faster network technologies is forcing enterprises to look at upgrading every component of their IT infrastructure, and that the need to add new high speed interfaces to firewalls (10 GbE, 40 GbE and, eventually, 100 GbE) tops the list of drivers for investing in new high-end firewalls.

Jeff Wilson of Infonetics said, “After port speeds, we asked respondents to tell us what maximum stateful inspection throughput they will require their high-end firewalls to support in the next year, and over 80 percent are looking for platforms with over 100Gbps of aggregate performance, with the largest group looking for 100Gbps to 199Gbps.” He continued, “Having high speed interfaces means nothing unless the device has the throughput to match.”

“For some time our data center customers have been asking us for higher firewall throughput and high speed port connections as they consolidate data centers around a 40 or 100Gbps switching infrastructure/fabric,” said Michael Xie, Ffounder, CTO, and Vice President of Engineering for Fortinet. “We have an aggressive roadmap to deliver on these requests starting with the FortiGate-3700D. Not only have we delivered the required throughput, but we’ve done it at a CAPEX and OPEX, compact form factor, latency and port density not seen in the industry thus far.”

For more information, visit the official website at www.fortinet.com.