Fujifilm celebrates its fifth anniversary in the Philippines

Fujifilm celebrates its fifth anniversary in the Philippines 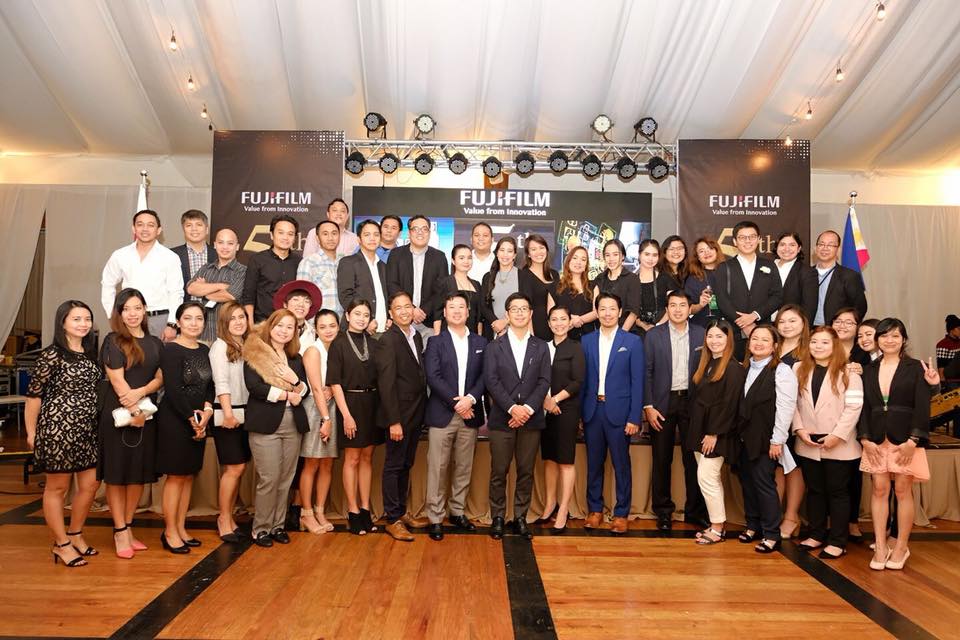 Fujifilm Philippines celebrated its fifth anniversary of establishment as a sales subsidiary of the worldwide-recognized brand’s regional headquarters in the Asia-Pacific region.

Several personalities from the imaging, graphics systems, and medical institutions were present to witness the milestone night held at the Manila Polo Club on October 25, 2017.

It was revealed during the celebratory evening that Fujifilm Philippines achieved significant 20-30% increase in sales year-on-year on the different segments of electronic imaging, graphics systems, and medical systems.

In spite of the impressive figures, Fujifilm aims to remain committed to bringing advanced products and services for the benefit of the culture, science, technology, and industry with its strong people-first mindset.

“We are pleased to reach five years and this is largely thanks to our users and partners, in particular, those whom we have started relationships within the early days. Fujifilm will continue to develop innovative products and Fujifilm Philippines will continue to communicate its value appropriately and effectively, and provide technical support. Purchase of product is not an end of our activity but a start of our relationship,” said Tomoyuki Fukura, Fujifilm Philippines, Inc. President.

Since making it to the archipelago in 2012, Fujifilm Philippines, Inc., has transformed itself from being a photo company to a company that is determined to enhance the quality of life of people around the globe. Apart from its people-first mindset, Fujifilm has staged local service points which had its lead time for repairs faster among the photo-imaging brands in the country. Armed with emphatic products specialists, the popular camera brand created a conducive environment for customers to give valuable product and service feedback that are used to benefit its research and development group to pave ways for innovation. As result, Fujifilm has always created a strong and honest relationship with its customers, apart from providing them plenty of great deals.