Fujifilm X100S and X20 Have the World's Fastest AF?

Fujifilm X100S and X20 Have the World's Fastest AF? 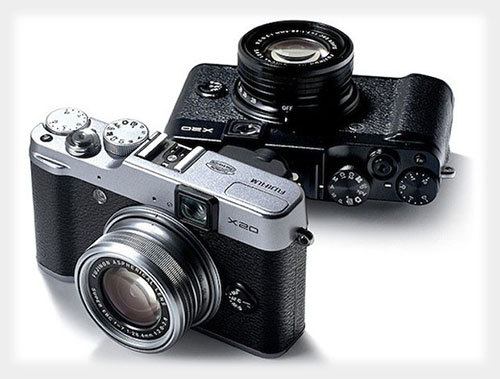 Last week, we've reported on rumors of Fujifilm's upcoming successors to their X100 and X10 mirrorless cameras. This week, Fujifilm released an announcement about these devices but was later taken down. Either way, the new X100S and X20 were said to come with a number of features like the "World's Fastest AutoFocus".

The X100S and X20 boasts lightning speed AF. Although the X20 can focus the subject faster (0.06 seconds), the X100S was said to be the world's fastest AF for any APS-C, non-interchangeable lens camera (at 0.08 seconds). In addition, the X100S has a Digital Split Image display function that aids manual focusing by simply displaying dual images on the left and right. Both models are capable of shooting Full HD videos at 60fps.

The X100S carries a 16.3-megapixel APS-C X-Trans CMOS II sensor working side by side with the EXR Processor II. The company claims that it produces "high resolution images, comparable to those taken on full-frame sensors". The X20 comes well-equipped with a lower 12-megapixel 2/3-inch X-Trans CMOS II sensor partnered with an EXR Processor II. It also has an Advanced Optical Viewfinder that syncs up with your zoom.

Previous Story
Samsung Galaxy S IV Might Come Out May, as Told by Samsung Lebanon
Next Story
Lenovo to Exhibit New Windows 8 Touch Devices at CES 2013