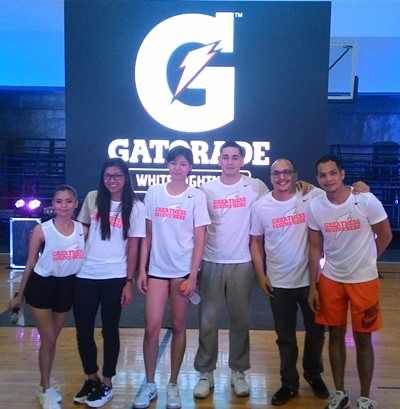 One of the world’s leading sports drink brand, Gatorade, adds a new variant in their roster: the orange and grapefruit flavor based White Lightning. At the helm of its release are UAAP volleyball superstars Alyssa Valdez from Ateneo Lady Eagles and Mika Reyes from the De La Salle Lady Spikers along with Chris Banchero of the Alaska Aces.

Coming from their 50th anniversary wherein Gatorade celebrated their legacy of powering locan and international sports’ greatest moments, they now would want to focus on empowering a new breed of athletes and game changers. With Alyssa, Mika and Chris present at the event, they would want their ambassadors to inspire more people to pursue active lifestyles and understand the value of proper hydration.

Their new flavor dubbed as “White Lightning” promises a refreshing, light orange-grapefruit flavor. It is formulated with non-carbonated water that does not cause stomach discomfort; 6% carbohydrates which has shown to be the optimal level in promoting absorption and providing energy to working muscles based on their research. It also contains electrolytes for rapid rehydration and minerals to prevent cramps.