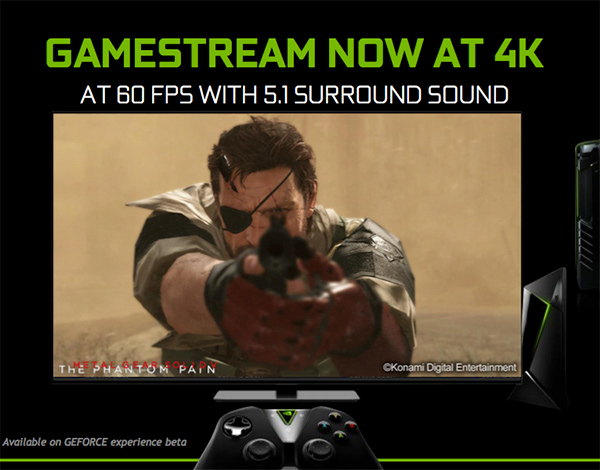 First introduced in late 2012, GeForce Experience is NVIDIA’s companion client for your GeForce card. Apart from helping users keep their graphics card drivers up to date, it also automatically optimizes game settings and can be used to stream games, record gameplay and even broadcast your gaming sessions via a feature called ShadowPlay.

Today, NVIDIA is making some updates to GeForce Experience. To begin, GameStream will now stream 4K visuals at 60 FPS and with 5.1 surround sound. For the uninitiated, GameStream allows users to stream games from their PC to their Shield devices. An additional Console mode allows users to output video from their Shield devices to their TVs. Because of demands of 4K streaming, this feature works with NVIDIA’s new Shield console.

Obviously, to do so would require some really beefy hardware and NVIDIA is recommending a GeForce GTX 980 Ti and above as well as a Core i7 processor. An all-round Ethernet connection is also recommended - PC to router, router to Shield console - as 4K streaming requires a tremendous amount of sustained bandwidth. 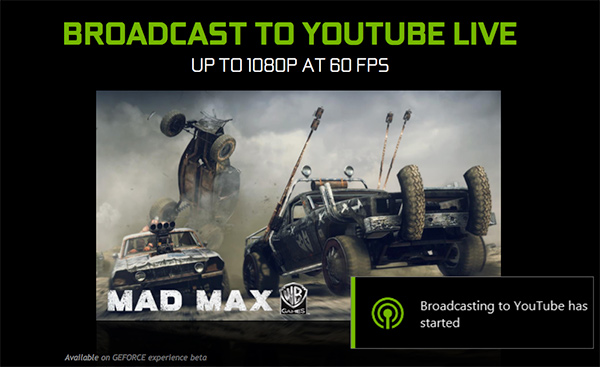