Gigabyte has unveiled a full range of Z97 and H97 motherboards that make up four new exciting series. They are named G1 Gaming, Ultra Durable, Overclocking and Black Edition respectively. The Z97 will support CPU overclocking, and up to a total of three discrete graphics cards. The H97 doesn’t support CPU overclocking support, and it can only accommodate a single discrete graphics card.

First in the lineup is the G1 Gaming series where some of the boards tout the exclusive AMP-UP audio technology that features a Creative Sound Core3D audio processor. Others will feature a Realtek ALC1150 chip instead. However, all the boards come with an upgradeable on-board operational amplifier (OP-Amp) for customization. According to the official press release, there are a total of 12 G1 Gaming boards, but a check on its international site revealed that the product information of some boards like the mini-ITX GA-Z97N-Gaming 5, the GA-H97M-Gaming 3 and the GA-H97-Gaming 3 aren’t made public yet. 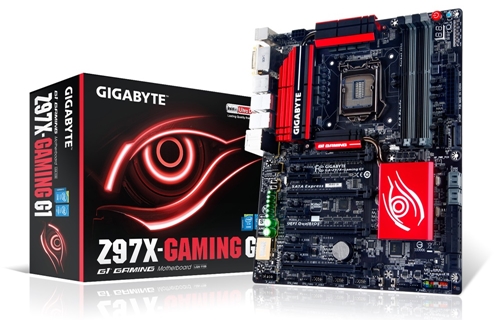 The top-end ATX GA-Z97X-Gaming G1 board can support up to 4-way multi-GPU configurations for both AMD- and NVIDIA-based graphics cards. Gamers will also be pleased to know that G1 Gaming series boards also come equipped with a Qualcomm Atheros Killer E2200 network controller for better online gaming experiences due to better latency performance. This is the full list of boards from the Gaming G1 series:- 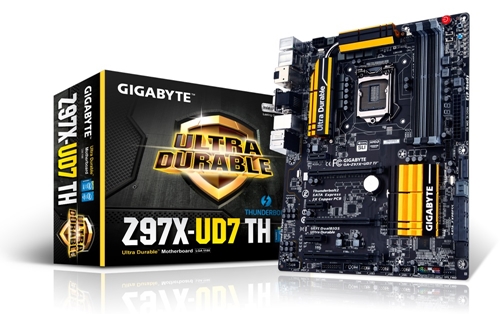 The next series is the popular Ultra Durable whose boards come equipped with Ultra Durable VRM components that are supposedly able to improve overall power efficiency, thermal characteristics and stability. The top-end GA-Z97X-UD7 TH even comes with two Thunderbolt 2 ports that have a collective throughput of up to 20Gbps. There are a total of 17 boards in this series, with a good mix of both Z97 and H97 chipsets. They are as follows:- 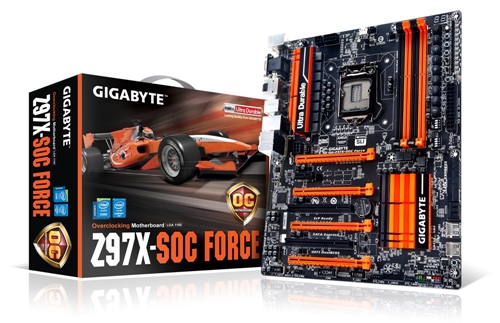 Meant for overclockers, the Overclocking series that is made up of two boards, the GA-Z97X-SOC Force, GA-Z97X-SOC. They are both full ATX boards that have features that include the OC Ignition button and a large collection of onboard buttons for on-the-fly overclocking efforts. Saving the best for the last, the Black Edition series consists of the GA-Z97X-Gaming G1 WIFI-BK, GA-Z97X-UD5H-BK and GA-Z97X-UD3H-BK. These boards have undergone "an extra 168 hours (7 days) of server-grade full system testing” at Gigabyte’s new state-of-the-art testing facility that is located in China. So for people looking that extra assurance in the reliability and durability, these boards are solely targeted at them.