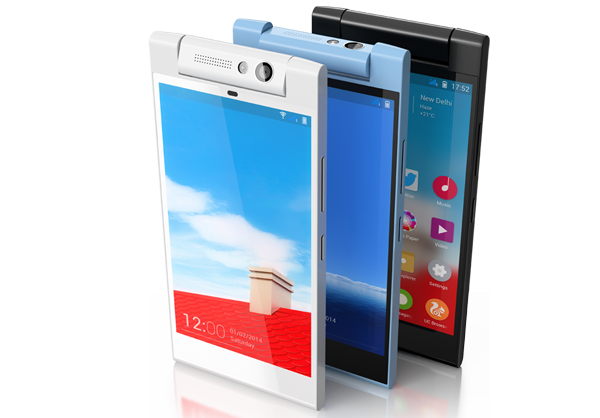 Gionee recently announced on its Philippine Facebook fan page the availability of the ELIFE E7 Mini. Unlike the original ELIFE E7 which comes with a Qualcomm Snapdragon 800 quad-core chip, the new ELIFE E7 Mini is powered by a MediaTek MT6592 octa-core chip clocked at 1.7GHz, the same hardware component that powers the ultrathin Gionee ELIFE S5.5. 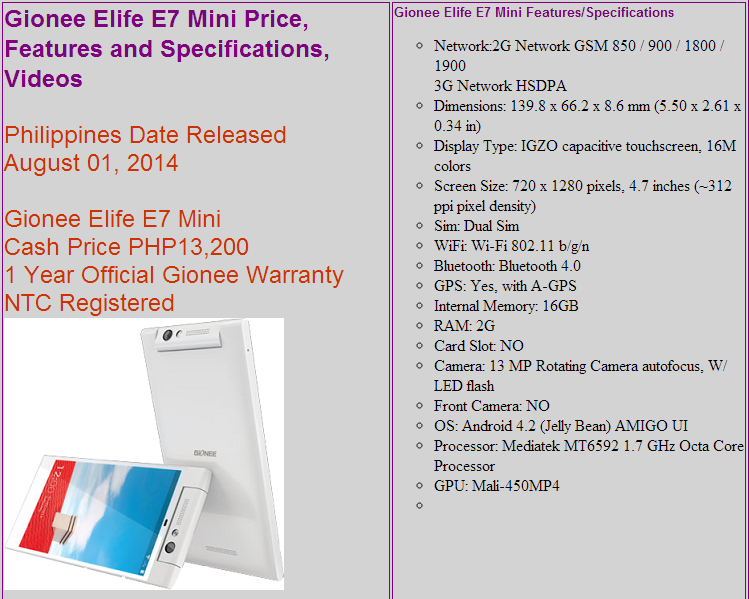 The most conspicuous external feature of the ELIFE E7 Mini is its rotating camera module that comes with a 13-megapixel sensor and an LED flash. The design of the rotating camera module is similar to that of the Oppo N1, eliminating the use of fixed front-facing camera that is usually found above the smartphone display. The ELIFE E7 Mini sports a 4.7-inch 720p IGZO touchscreen manufactured by Sharp, integrates a 16GB onboard storage, and comes with a 2200mAh battery. Running on Android 4.2 (Jelly Bean) OS with Amigo 2.0 UI, the ELIFE E7 Mini also supports 3G, Bluetooth 4.0, and Wi-Fi for wireless connectivity.