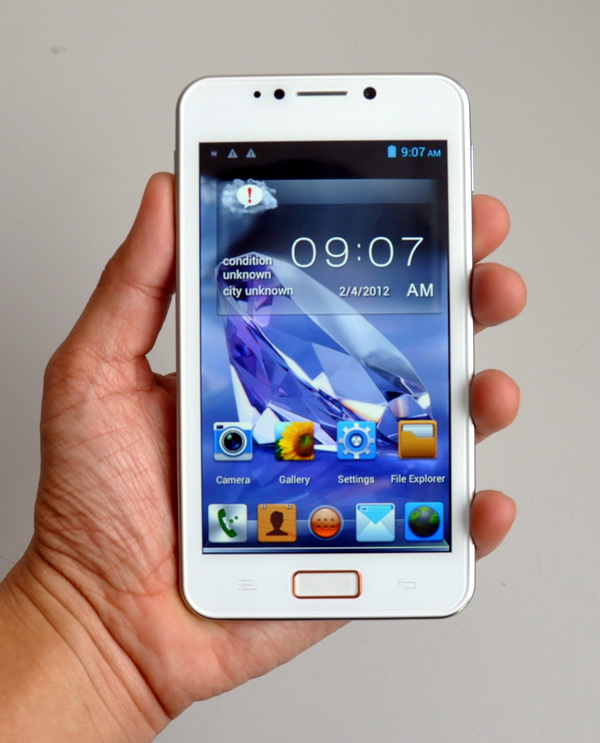 Gionee joins the flourishing smartphone market in the Philippines by introducing its own array of devices, part of which is the large-screened Gpad G1.

Categorized as a phablet, the Gpad G1 flaunts a 5-inch touchscreen, being dressed up in a white casing based on the unit that Gionee sent to us. Because of that, it looks like the larger relative of the recently-previewed LG Optimus L7 II. But unlike the latter, the Gpad G1 is equipped with a physical Home button in front which is bordered with a copper-colored lining. This Home button, flanked by the touch-sensitive Menu and Back icons, is seemingly the element that makes the Gpad G1 stand out among similar smartphone offerings. 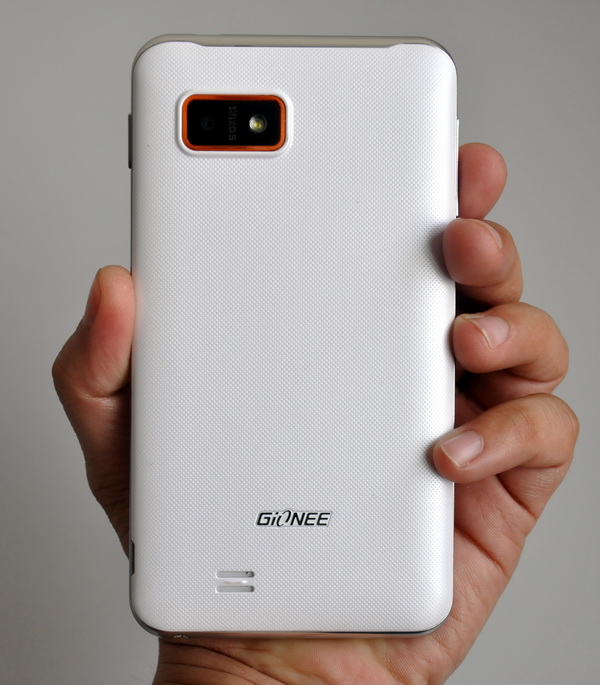 Inspecting the rear side, the back cover of the Gpad G1 is, again, similar to that of the Optimus L7 II, which is textured for better handling. The 5-megapixel autofocus camera with an LED flash is also surrounded by a copper-colored lining. Adding to the imaging specifications of the Gpad G1 is a front-facing 0.3-megapixel camera for handling video calls and occasional selfies.

Removing the back cover, the Gpad G1 reveals itself as a dual-SIM smartphone. It has microSD slot which can accommodate up to 32GB for the purpose of expanding the internal 4GB memory. Gionee has bundled the Gpad G1 with a 2100mAh battery module. 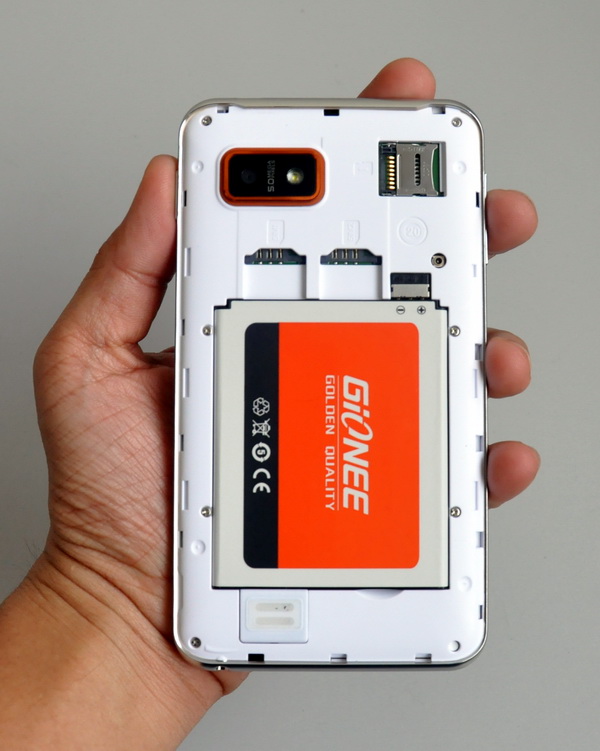 Powered by a dual-core 1GHz Cortex A9 processor with 512MB RAM, the Gpad G1 runs on Android 4.0 (Ice Cream Sandwich). Some wireless connectivity options available on the Gpad G1 include Bluetooth 4.0, 3G, and Wi-Fi. Gionee sells the Gpad G1 in the Philippines for the price PhP 10,799, which may change depending on stores.