Globe Telecom, in cooperation with Philippine Airlines, presents the second season of Scenezoned, an online video series featuring eight popular personalities on their journey across several finest and wondrous locations in the Philippines. 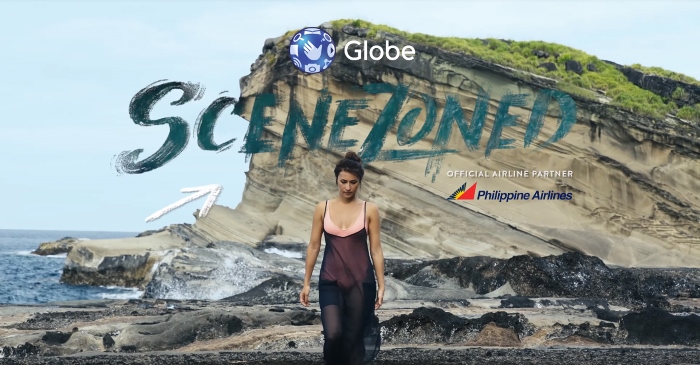 Scenezoned season 2 will be starring the likes of celebrity Solenn Heusaff, model and host Tommy Esguerra, and LA Aguinaldo as they traverse different locations across the archipelago, with each of them have #ThePLAN in mind: A very personal goal, like conquering a long-held fear or tracing their family roots. Each odyssey is set against the backdrop of the untamed natural beauty of their destination, like Biri Island in Northern Samar or Tacloban’s Yolanda Beach.

Joining the online TV series were Chris Everingham and Evan Spargo of the Philippine National Rugby Team, more known as “Volcanoes.” In the second episode, the duo traveled to Tacloban to run rugby clinics for the community, with #ThePLAN to rise up and come back stronger and better. It also mirrored two sides: their defeat and illusionment, and the ongoing struggle of the people of Tacloban. Together, these helped them identify their identities and showed great resilience as they rebuild their communities in the post-typhoon Yolanda era.

Aside from that, featured celebrities who will embark on their respective personal journeys will be equipped with a bunch of traveling companions such as with a Samsung Galaxy S8, their personal mission, and #ThePLAN to see it through.

#ThePLAN is Globe’s larger-than-life data pack that enables them to access great entertainment services such as from Netflix, Spotify, Pokemon Go, Viber, and much more. In addition, customers can also avail one (1) free app of their choice along with unlimited calls and texts. Visit the website for more information.

Prior to staging season two, Screenzoned won several accolades from the Adobo Design Awards for Film Advertising, and its flagship episode toppled the YouTube Ad leaderboard for the second half of 2016. Apart from that, the series earned praise from both critics and fans for being successful in their ability to captivate viewers with the beauties of the Philippines.

The second season of Screenzoned is already underway, with its first and second episode already posted up on Globe's YouTube Channel. New episodes will be up every two weeks.