Globe brings Chromecast to the Philippines and announces new partnerships

Globe brings Chromecast to the Philippines and announces new partnerships 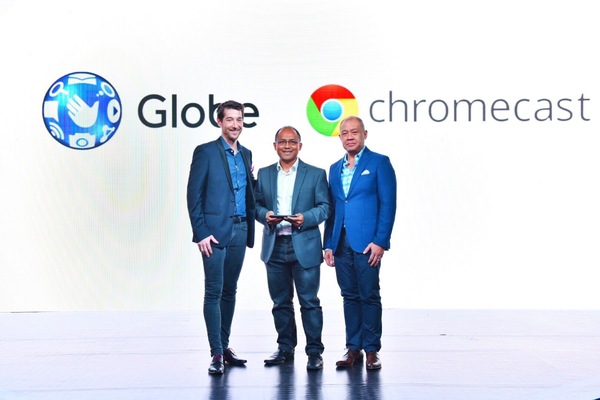 One of the country’s leading Telecom, Globe, officially announced their partnership with Google Philippines to bring Chromecast to the local populace. They have also proclaimed their affiliation with Lazada, Zalora, Shopify, KonsultaMD, Mobex, Silverpush, IDDI, and Loop to bring the “ New Connected Life” to Filipinos in the Wonderful World with Globe VII held at the SMX Convention Center, Taguig City on September 28, 2015.

Chromecast, a thumb-sized media streaming device that plugs into a television’s HDMI port, will allow users to cast media and games from their smartphone, tablet, or laptop to a bigger screen for a more pleasurable viewing experience. It is compatible with Android devices, tablets, iPhones, iPads, Macs, Windows laptops or Chromebooks allowing consumers access to the device from devices that are commonplace.

Some notable Chromecast-ready apps are: HOOQ, CrunchRoll, YouTube, NBA App and Spotify. More apps are available for the device and even more are coming.

Globe also focused on their partnerships with other companies to further usher in the digital age to Filipinos. 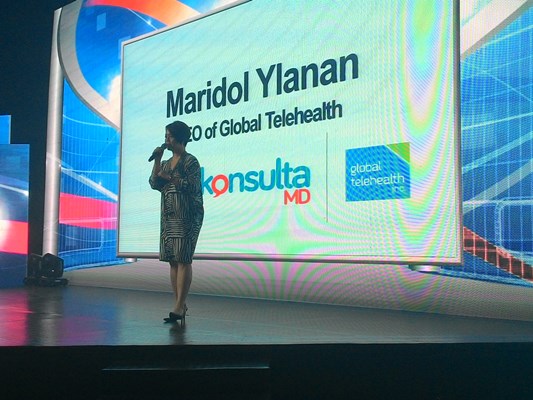 KonsultaMD, the collaboration of Globe Telecom and Salud Interactiva, is a 24/7 health hotline service designed to address the issues of accessibility, time and affordability of medical care. The service gives callers basic healthcare and permissible medication over the phone anytime, anywhere. Though the service might be thought as an alternative to medical care Global Telehealth, Inc. CEO Maridol D. Ylanan emphasizes that “Konsulta MD provides medical information. It does not replace face to face interaction with your doctor and you as a patient. Rather, KonsultaMD serves as a means of interim care.” 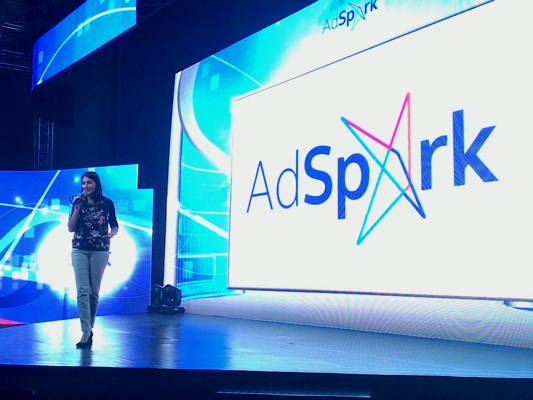 The event also discussed on how Globe would be able to deliver relevant information in regards to purchasing goods from mobile devices. “We also believe that advertising needs to be more intuitive. It needs to be less invasive and it needs to be creative when it’s executed” said AdSpark Director Bela Gupta D’Souza. AdSpark, a subsidiary owned by Globe, has partnered with Mobex and Silverpush on a technology that would be able to transport advertising content from the TV to the mobile device. They have also partnered with IDDI and loop to develop “beacon enabled mobile coupons” transmitted via Bluetooth so consumers can receive relevant information for their goods prior to their purchase. Globe myBusiness announced their alliance with Shopify in order to bring the digital age to small and medium enterprises (SME) as well. “Current online platforms do not suit SMEs either as they are complicated, expensive, non-customizable, and with limited payment options” said Senior Vice President of Globe My Business, Martha Sazon. Shopify enables SMEs to customize the look of their website, organize and manage their inventory. It also allows them to track payments, delivery and advertise through AdSpark. Thus, Shopify allows the transition of SMEs from manual business to digital easier and worthwhile. Lastly, Mr. Dan Horan, Senior Advisor for Consumer Business Group discussed their affiliation with Lazada and Zalora. He announced that the Zalora package now be available to Globe myLifeStyle for free. “You can now shop online every day of the week and it will be always be available to you for free” said Mr. Horan. 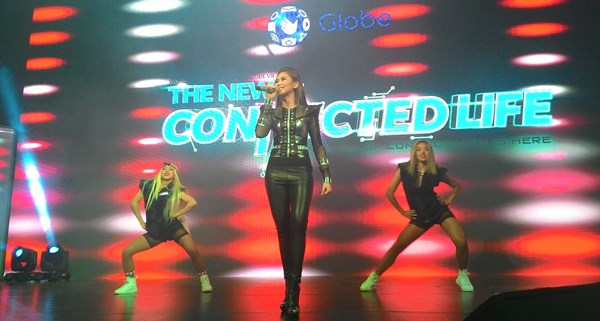 The event was capped off by an electrifying performance by Globe’s ambassador, Sarah Geronimo.