In line with its ongoing commitment in elevating Philippine entertainment and recognizing talents, Globe Telecom has reiterated its #PlayItRight campaign to give importance to the men and women behind the scenes.

First announced by the company last April, the said campaign is Globe’s way of creating awareness and educating customers about content consumption from legitimate sources. 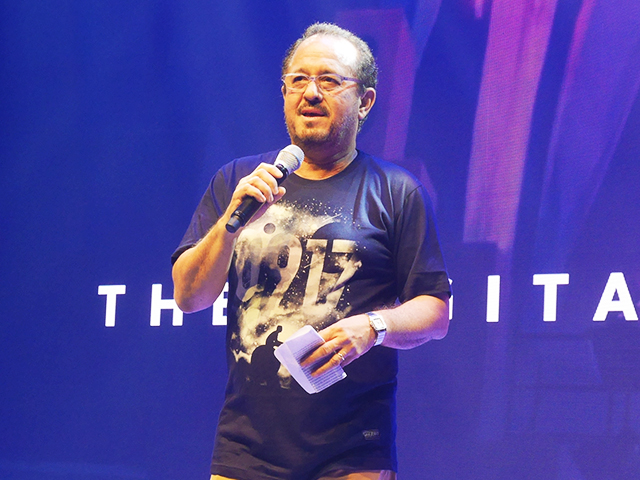 “You’ve seen us move and progress from being a telecom with traditional voice and SMS products to one that started to be a provider of digital lifestyle choices with many content options available to our subscribers, whether it’s Disney, HOOQ, and Spotify. All of it was part of a digital journey that we’re taking our subscribers through,” said Albert Larrazabal, Chief Commercial Officer of Globe Telecom during an interactive media and Globe influencers gathering held at the Globe Auditorium, Maybank Performing Arts in Taguig.

“As we go in this journey and we have started to work with scriptwriters, producers, set designers, we have come to appreciate that beyond the entertainment that we provide for you, the ability to give you those entertainment moments really comes with hard work and dedication on the part of many people. In recognition of that, what we want to do is to start a campaign called #PlayItRight to give you insights into their lives and what it means to be a contributor to entertainment and to really give them the respect they deserve, and more importantly to recognize that this is part of their livelihood. So we would like to do is to encourage everybody to be able to engage their work through legitimate sources. That's what we want to support,” he added.

During the event, Globe also announced its new lineup of shows in collaboration with international content provider partners and future theatrical performances for Globe Studios. "We want to raise the bar because there are lots of Filipino talents. Whether it's in film, live events, theater, it should be world class," Joe Caliro, Globe Senior Advisor for Creative Marketing and Multimedia Business. "When we partnered with Disney and Netflix and other foreign content providers – that means curating. We are bringing these content providers to the country through our mobile services. We want to open that creativity to all Filipinos, so Globe will move forward," he added.

In addition to the ongoing theatrical live show Newsies which started showing last week, Globe will also lead the local production of the West Side Story to be shown in August. Other upcoming theater shows from Globe include Christmas Carol in December and The Sound of Music which the company hosted a series of audition for Filipino children cast to be staged in September.

Moreover, Globe is set to screen Disney movies in the coming months, along with the On The Job series, a spin-off of the original Erik Matti-directed film of the same title.