In partnership with Karpos Multimedia, Globe is bringing Wanderland for the fifth time in the country which will be held in Filinvest City Event Grounds, Alabang on March 4, 2017. 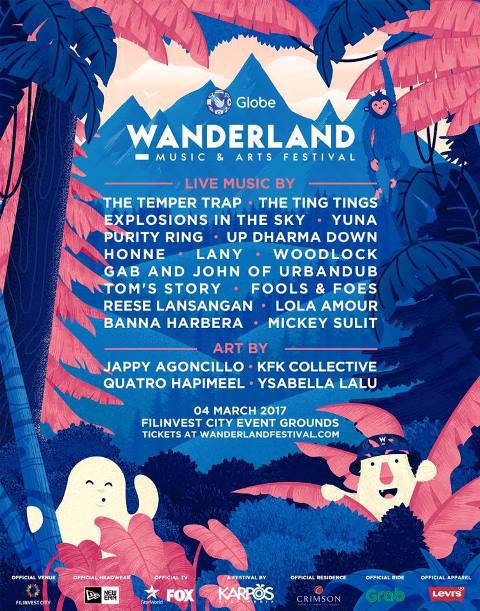 “Globe once again brings its customers the jungle that is #GlobeWanderland. With a fantastic lineup in the past five years, no doubt that this 2017, the audience will be in for another unforgettable show. With events such as Wanderland, we continue to be an inherent part of the digital lifestyle of our youth today, enabling them to enjoy what they love the most – the wonderful music from their favorite artists,” Issa Cabreira, Globe Senior Vice President for Consumer Mobile Marketing, said.

Globe recently announced the remaining acts to complete the 2017 Wonderland music fest lineup. Headlining acts are Yuna, The Temper Trap, Explosions in the Sky, The Ting Tings, Purity Ring, and Fools and Foes.

To know how to get raffle entries through the GoSurf Raffle promo, visit globe.com.ph/wanderland.