Globe's Ernest Cu Finalist at 2012 CEO of the Year

Globe's Ernest Cu Finalist at 2012 CEO of the Year 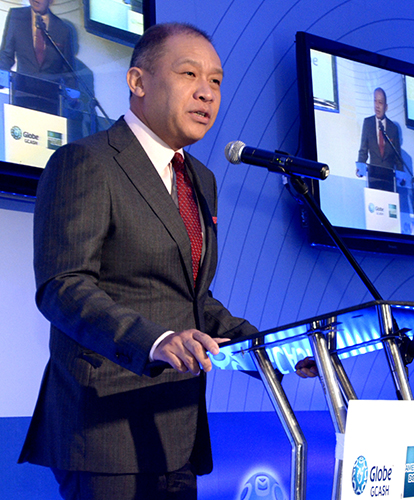 Ernest Cu, Globe Telecom President and CEO has been recognized as a finalist for the 2012 World Communications Awards CEO of the Year category. Among the 10 individuals shortlisted for the award, Cu emerged in the top 5 joining fellow CEOs from Emirates Integrated Telecommunications Co., France Telecom-Orange, Verizon Communications, and Vodafone.

Basing the results on a poll conducted among Total Telecom readers, the goal is to determine the best CEO who managed their organization during the period of January 1, 2011 to April 30, 2012. Celebrating the success of operators worldwide, this is the most prestigious award within the telecoms industry. During the event, guests of around 600 people are present, most of which are senior telecoms executives from the biggest operators worldwide.

Winners of the World Communication Awards 2012 will be announced at the gala dinner to be held at The Lancaster Hotel in London on November 13, 2012.