Google Debuts Chromecast for Video Streaming to Your TV

Google Debuts Chromecast for Video Streaming to Your TV 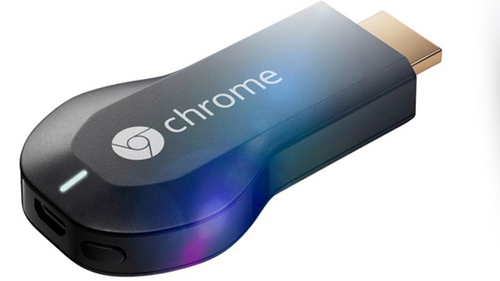 Google has had a busy day announcing the new Nexus 7 and revealing the Play Games app. They also unveiled Chromecast, a HDMI dongle which aims to help users stream media from their smart devices on to their TVs.

Chromecast can be plugged into a TV via HDMI and it is powered with the help of a micro-USB port. In the simplest terms, Chromecast brings the benefits of wireless connectivity to your television.

Expected to work with a wide variety of devices, Chromecast is reliant on Google and Google approved applications. This means that it is expected to provide a degrees of OS agnosticism. For example, iPhone users will be able to interact with Chromecast via a "cast" button, just like Android device owners, as long as they have the compatible apps for example YouTube. Netflix is stated to be the only non-Google video app to be included on Chromecast at launch.

Not only meant for video, Chromecast will also work with music apps, more specifically Google Music and Pandora. Google has also stated that the ability to project a Chrome browser tab on the TV via Chromecast is being tested in beta.