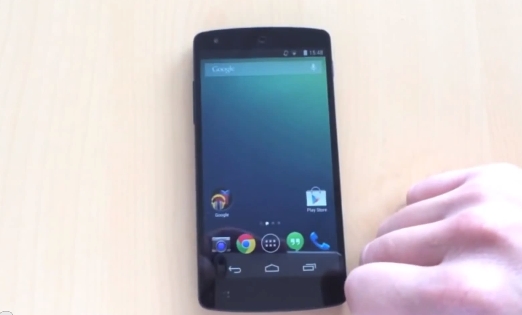 Leaks of the Google Nexus 5 are coming fast and furious. We first saw photos taken of the device from a bar. A few weeks later, the specs list was revealed through analysis of its log files. Now, the Nexus 5 is seen in an extensive, seven-minute-long hands-on video.

The device in the video seems to be an early prototype as it has a "not for sale" sign and does not have the landscape-orientated "Nexus" logo we saw earlier in the leaked photos. In addition, the software version stated on the device is Key Lime Pie which is now referred officially as Android 4.4 KitKat.

The Nexus 5 is expected to be launched towards the end of October, as the Nexus 4 was announced on 29 October last year.