Google Rumored to Launch Nexus 5 and Nexus 7.7 in May

Google Rumored to Launch Nexus 5 and Nexus 7.7 in May 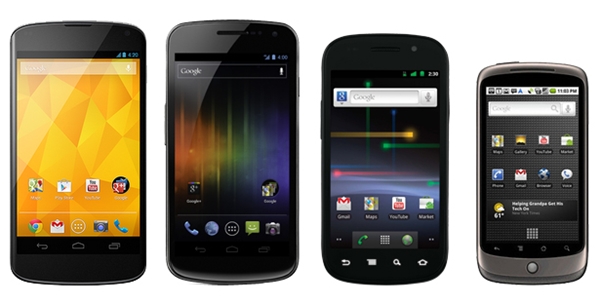 Google I/O 2013 may be four months away, but there are already speculation on what Google is planning to launch at its annual conference. According to information posted on a Korean forum Ruliweb, LG is selected again to manufacture the new Nexus devices which include a 5-inch smartphone and a 7.7-inch tablet.

The Nexus 5, as the name implies, will come with a 5-inch Full-HD display (1920 x 1080 pixels), NVIDIA Tegra 4 quad-core processor, 2GB RAM, a 13-megapixel rear camera sensor, a 3-megapixel front-facing camera and a 1mm thin bezel. Similar to how Google prices the current Nexus 4, the alleged Nexus 5 will cost US$299 for the 8GB version. There is also a 16GB model.

International Business Times previously reported that LG halted the production of the Nexus 4 to focus on the development of new smartphones, which include the successor to the Nexus 4 and other premium flagship smartphones. A LG company official later refuted the report and claimed that "there is no problem in supply".