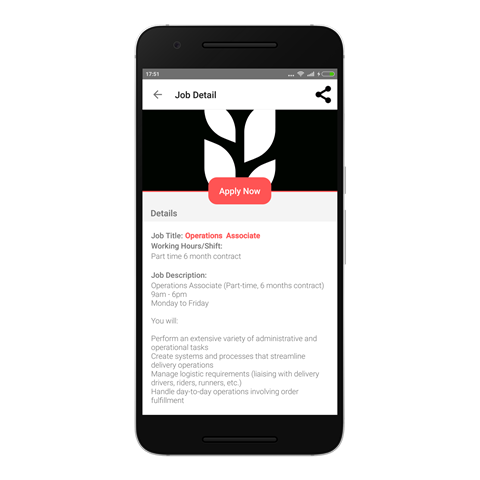 Targeting to become a platform for employers and job seekers, Singapore-based job marketplace known as GrabJobs has announced its arrival in the Philippines.

GrabJobs is an app that provides opportunities in retail, service, and blue collar industries.

Through the job search app, employers can broadcast job posts much easier with push notifications, search and filter candidates directly, and even contact potential workers through chat right on the app.

Meanwhile, job seekers can easily apply to job posts with a tap of a button. Push notifications are also on hand, so that workers can easily be notified when a new job ad has been posted or if an employer has selected their profile.

Launched earlier this year in Singapore, GrabJobs now has 25,000 downloads with big names under its client list in SG alone, including Foodpanda, Brotzeit, H&M, Club21, and Holiday Inn.

Mark Melo, GrabJobs CCO and co-founder, shared that the company decided to make its way in the Philippines due to the country's "ever-growing demand."

Within the first week of its soft launch in the Philippines, GrabJobs already collected over 1,000 registered job seekers on its app. It is in addition to the larger number of employers the company already got on board, such as SM Retail, Metro Retail, The Peninsula Manila, and Jollibee, among others.

According to GrabJobs, it has already been rated as the #1 job app in Singapore and the Philippines.