Earlier this month, Sony Philippines launched its #HappyWithSony online contest, wherein contestants have to send a photo of their oldest Sony Home Entertainment System or Sony Stereo System. Today, it's issuing its last call for entries. 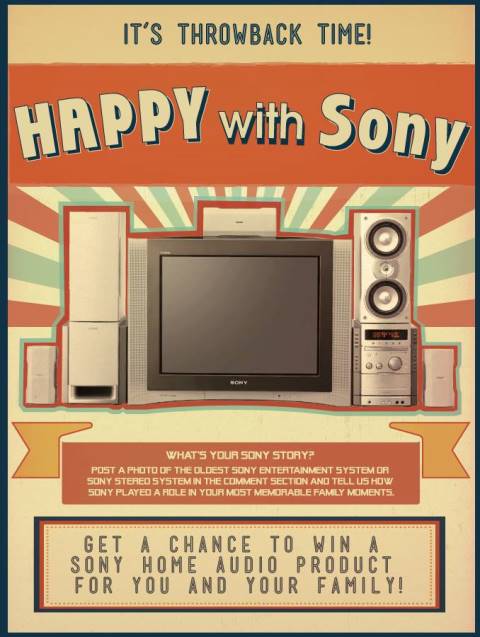 Entries will only be accepted until today, September 29, and the winners will be announced tomorrow, September 30.

“We know how close entertainment is to Filipino families, and growing up, we understand the need for good, if not the best, entertainment system that would satisfy their needs. We at Sony Philippines are overwhelmed with the stories that were shared and would like to encourage more to join in the last week of our #HappyWithSony Photo Contest,” said Mr. Nobuyoshi Otake, President and Managing Director, Sony Philippines.

To join, simply post your entry in the comments section of Sony Philippines’ official announcement of the #HappyWithSony contest including the reason how Sony played a vital role in your most memorable family moment. 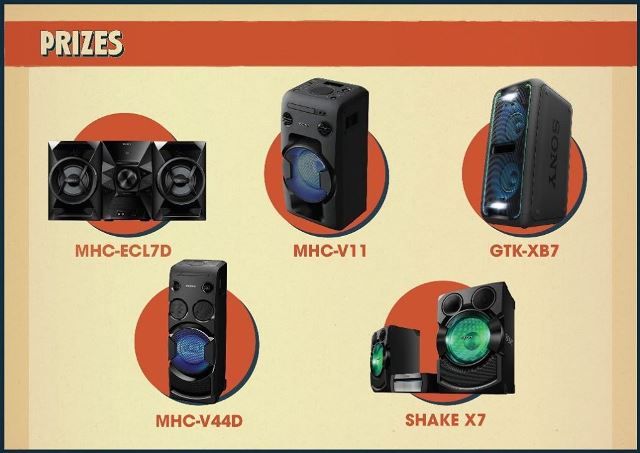 Ten lucky winners will be chosen and will receive any of these products: MHC-ECL7D, MHC-V11, GTK-XB7, MHC-V44D, and the Shake X7 audio product.

Winners will be selected based on the photo posted, the story behind its most memorable family moment, and the number of likes received from other users.