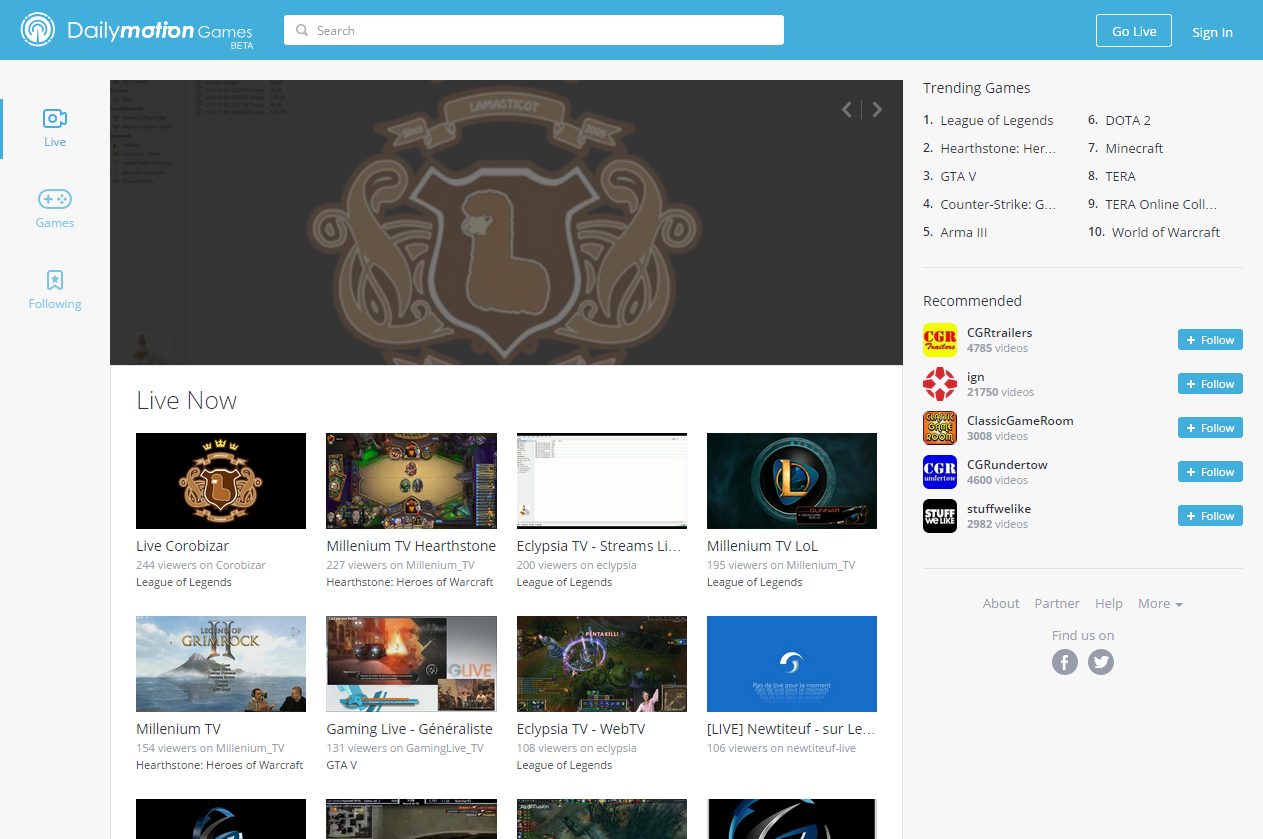 Judging from a recent announcement, the company's not quite ready to settle down just yet. Dailymotion's expanded again, although this time in a somewhat different direction, with the formation of Dailymotion Games. The creation of the Dailymotion Games brand to spearhead its new game streaming platform means it is now fighting a two front war, one against video content providers like Youtube and another against established game streaming site, Twitch (which is now owned by Amazon).

Dailymotion Games features pretty much everything that's standard fare from a game streaming perspective. Streamers have direct control over their streams, with monitoring and monetization options as well. Complementing that are the apps that are now available on Android, iOS and the Playstation Network. No word on when it'll hit the Xbox Live Marketplace, although the generic Dailymotion app has been available there for some time now. There's really nothing that we've not seen before, though that might change in the future of course.

If you're interested in trying out the new site, you can head on over right now as it's already live, although in beta. As such, expect glitches here and there while it's being worked on.

Whether it'll take off though, still remains to be seen, beta or not.