Here is why Xbox One owners will want Microsoft's HoloLens

Here is why Xbox One owners will want Microsoft's HoloLens 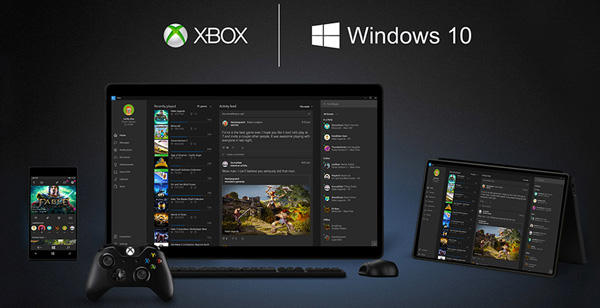 Streaming is something we've all taken for granted. The PS4 can stream to Xperia phones and the Playstation Vita. You can stream games with Steam Link or NVIDIA's Shield. In fact, Windows users can even stream Xbox One games while they're on the computers. It's so commonplace that we don't really care much for it any more.

While we know that Windows streaming to Xbox One is in the works, we've always wondered what's in the cards for Microsoft's upcoming augmented reality headset, the HoloLens. The only things we know about the HoloLens in regards to gaming is that Xbox Live is coming to the headset in some form after it launches, that there has been an augmented reality briefing on Halo 5's Warzone mode done for E3 and that Project X-Ray is the first original game prototype built for the headset.

Today's announcement doesn't really clear up what type of gaming experience we can expect on the HoloLens, but it does reveal another piece of the puzzle; Xbox One streaming is coming to the device.

The feature's not been officially announced by Microsoft yet but Varun Mani (the guy the video belongs to) is supposed to be a Product Manager working on the HoloLens, so we're inclined to be believe this is for real and not just an early April's Fools joke.

It's not going to affect non-Xbox One owners in the least but for those who do own Microsoft's latest gaming console, this is a pretty sweet benefit. Sadly, it doesn't seem as if the streaming is truly optimized yet. Lag is easily audible in the video, you can clearly hear Varun unpausing the game and being shot at a second before the HoloLens image registers the changes.

Optimized or not though, we know we're mighty excited at the prospect of gaming while we're soaking in the tub or lying on the bed. Now if only Microsoft could make the device affordable to normal people, that'd be great.