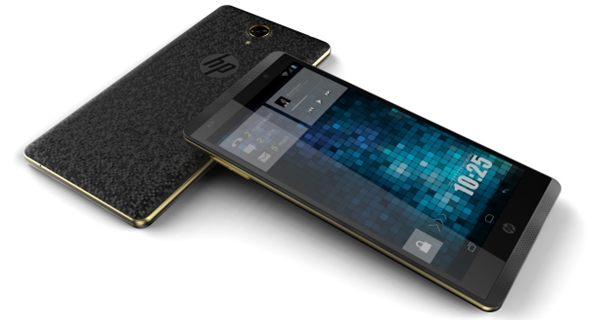 HP is making a comeback in the mobile market with two product launches in India next month.

Announced on January 15, HP unveiled the Slate 6 VoiceTab and Slate 7 VoiceTab which the company positions as "more than a tablet, smarter than a phone". Both devices run on Android 4.2 Jelly Bean and are powered by quad-core processors.

As voice tablets, they come with a 3G Dual SIM Dual Standby feature where users can work and play on the go. The two tablets are equipped with 16GB internal storage and have micro-SD card slots that supports up to 32GB. Other specs include a 5-megapixel rear autofocus camera, a 2-megapixel front-facing camera and front-firing stereo speakers.

The Slate 6 VoiceTab measures 8.98mm thin and sports a 6-inch 720p IPS display while its larger counterpart is thicker at 9.5mm and has a 7-inch IPS display with a resolution of 1,280 x 800 pixels.

The Slate 6 VoiceTab and Slate 7 VoiceTab are expected to be available in India next month although pricing is yet to be confirmed. HP specifically chose to launch the devices in India as the market for mobile devices is growing and it is the top brand among PCs in the country.

Ron Coughlin, Senior VP for the consumer PC business declined to share details on whether the devices will be available in other countries. This suggests that HP might be using the Indian market as a case study before deciding on an international launch.

Recode - “We see a need in India that we can meet,” Coughlin said. “Consumers are looking for a way to consolidate devices. We think there’s an opportunity to enter a growing market where there’s an unmet need.”

It remains to be seen whether HP can have a successful launch in India although Coughlin mentioned that device testing went well with the Indian consumers and results were “statistically significant", HP will face tough competition from the likes of Samsung, Nokia and other local players in the market.