HP Showcases a Slew of Monitors at CES 2013

HP Showcases a Slew of Monitors at CES 2013

Like any other year, CES 2013 is the time for tech companies to unveil their next range of products. A successful showing at CES can set the tone for the rest of the months. HP seems to be focusing on monitors this time around and has released a whole slew of products in the display category. The products are differentiated by size and branding.

The best monitor HP has to offer at CES 2013 is the simply titled Envy 27. The monitor sports a 27-inch IPS panel which is capable of not only delivering the great viewing angles IPS technology provides but also renders visuals in full HD. Following the current trend and zeitgeist, the monitor has a bezel-less design and an edge to edge panel. An off-center die cast aluminum stand further accentuates the good looks of the monitor. With regards to ports, the Envy 27 comes with VGA, DisplayPort, HDMI and a 3.5mm headphone jack along with optical digital output. The Envy 27 is expected to go on sale on the 3rd of February 2013. 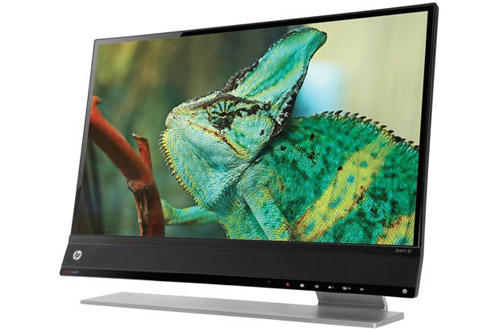 The Pavilion series has always been the more affordable range of monitors offered by HP. Comprising of the 20xi, 22xi, 23xi, 25xi and the 27xi, the digits in the name of the model also corresponds to the screen size of the particular unit. Barring the 20xi, all other models come equipped with VGA, DVI and HDMI ports and are capable of delivering full HD 1080p visuals. The 20xi has a resolution of 1600 x 900. It comes fitted with a VGA and DVI port but does not offer HDMI connectivity. Expect the new Pavilion Series models to be in markets over the coming few weeks. 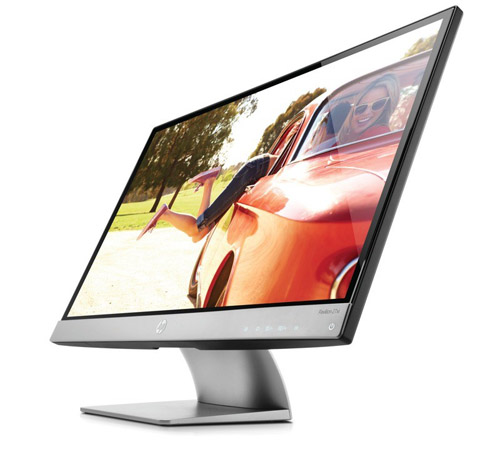 Primarily designed for the business users, the ProDisplay series models range from 18.5 inches to 21 inches and comprises of the P191, P201, P201m and P221 models. Keeping the needs of a work environment in mind, all models are capable of 35 degree tilt and can rotate up to 90 degrees. Regardless of model number all the products also have 250-nit brightness rating, 1,000:1 contrast ratio and 5ms response time across the board.

Where the different ProDisplay monitors differ is in terms of resolution. The P191 has a pixel count of 1366 x 768, while the P201 has a resolution of 1600 x 900. The P221 is capable of rendering visuals in full HD 1080p. Expect the prices for these products to be extremely affordable. 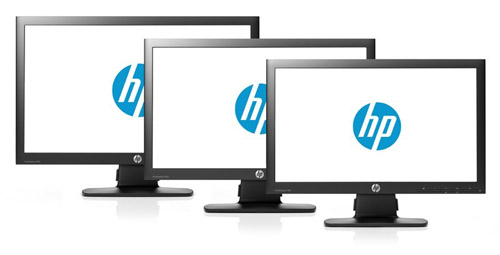 While it is not the first USB powered monitor, users should still take note of the HP U160. It has a 15-inch matte screen with a resolution 1366 x 768. But what makes the product really interesting its its leather case, which doubles up as a stand, and light weight. The HP U160 weighs approximately 1.54 kgs which makes it about as heavy as a regular ultrabook. The monitor seems like the ideal accessory for travel and business presentations. 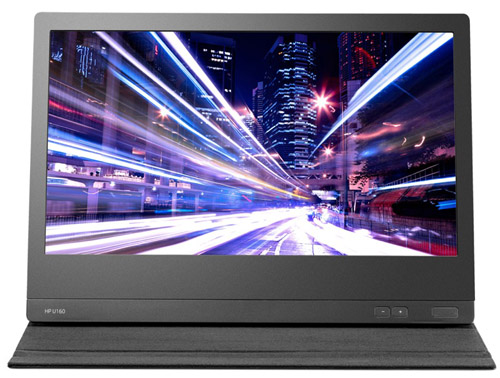