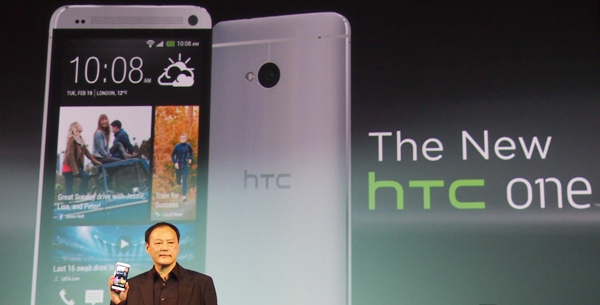 HTC officially launched its latest flagship model, the One at a launch event in London. Wrapped in a zero-gap aluminium unibody, the One comes with three new Sense features that will redefine the user experience on the HTC smartphone.

HTC BlinkFeed is a personal live stream that displays relevant information such as social updates, entertainment and lifestyle updates, news and photos on the home screen. It collects the latest updates from more than 1,400 media sources with more than 10,000 daily articles from media outlets such as the AOL family of media properties, ESPN, MTV and Reuters.

The concept is similar to how Microsoft designs the Windows Phone user interface, where Live Tiles display necessary information that you require without having the need to switch between apps and websites.

Like recent smartphones that entered the market with innovative imaging technologies and features, the One is equipped with its own suite of nifty imaging tools which will enhance the photo taking experience.

HTC Zoe lets you take high resolution photos and videos that are animated, hence the typical photo gallery is now transformed into a motion gallery of memories. You also can create integrated highlight films from each event comprised of Zoes, set photos and videos with music, transitions, effects, remixes and themes.

The One houses a custom camera with a breakthrough sensor, UltraPixels that gather 300% more light than traditional smartphone camera sensors, which theoretically will deliver superb image quality under low light conditions.

Moreover, the rear camera is capable of taking smoother videos and better shots due to the incorporation of a multi-axis optical image stabilization. Time sequencing, object removal and enhanced 360-degree panorama are among other features that the HTC UltraPixel has.

To provide consumers with the best audio experience of any phone available in the market now, HTC introduces the BoomSound on the One. It is the first phone in the world to have front-facing stereo speaker with a dedicated amplifier.

It allows you to do HDR recording using its advanced dual micrphones and audio processing to capture clearer, richer sound. Phone calls on the One also will be clearer, thanks to HTC Sense Voice, which increases the call volume and quality in noisy environments.

The HTC One is the first phone in the world to be powered by Qualcomm Snapdragon 600 quad-core processor. The next generation Snapdragon processor was recently announced at CES 2013.

As a refresher, the Snapdragon 600 processors consists of the Krait 300 CPU which is capable of running up to 1.9GHz, Adreno 320 GPU and LPDDR3 RAM. On paper, the Snapdragon 600-powered HTC One can deliver up to 40% better performance than the LG Optimus G, Nexus 4, ASUS PadFone 2 and Sony Xperia Z.

In terms of storage capacity, the HTC One comes in both 32GB and 64GB models. Unfortunately, it does not have a memory card slot. Nonetheless, you can enjoy 25GB free Dropbox storage space for two years.

The HTC One will be available globally through more than 185 mobile operators and major retailers in more than 80 regions and countries beginning in March.