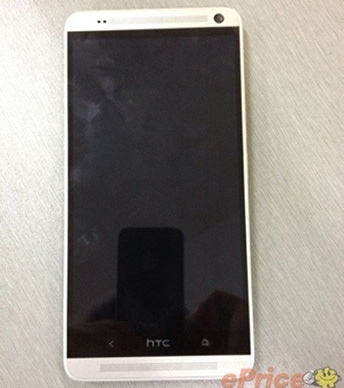 Rumors of a larger variant of the HTC One surfaced as early as May, and now we are looking at the first leaked image of the device.

According to ePrice, the HTC One Max is currently undergoing some testing in China and there will be several models to cater to different markets. For example, a dual-SIM variant with removable back cover will be offered for the Chinese market while the international model will sport a uni-body design.

The HTC One Max is said to be announced at IFA 2013 in Germany, where Samsung is expected to unveil the Galaxy Note III. Sony already had a head-start when it unveiled the 6.44-inch Xperia Z Ultra in June, and the device is expected to be available globally in Q3.