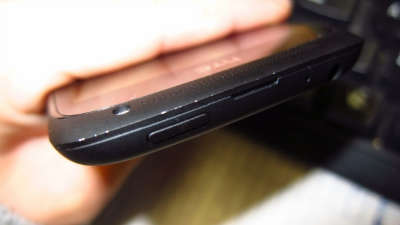 The ceramic-coated One S seems to be not that rugged after all as some users found their devices chipping or cracking at the edges.

The issue was first brought up in a thread on XDA Developers where a number of users reported facing the same problems. According to The Verge, some users theorized that the brittle nature of the ceramic chassis is causing it to crack under pressure from the flexible aluminum underneath, especially at the sharp top edges of the One S.

When I first read this I thought the same thing that the device had been dropped... however I have just looked closely at my own device and the same thing is happening on the sharp edge on the left hand side.

My device has NOT been dropped or mistreated in any way."

HTC was aware of the issue and issued a statement hat they are investigating the matter:

"HTC is committed to delivering a high quality product and great experience for all our customers. There have been a few, isolated reports of this issue. The finish on the One S was laboratory tested as being at a hardness similar to ceramic. While that's hard, it doesn't mean it's impossible to damage. Regardless, HTC takes quality very seriously and are providing all customers with an immediate fix and we are implementing some small changes to ensure customers do not experience this issue in the future."

When asked to clarify on the details of the "immediate fix", HTC commented that users are to return their One S phones to the stores where they bought within the Dead On Arrival (DOA) period. The company will repair the phone under the normal warranty terms.

The ruggedness of the One S is one of the most talked about features by HTC during its unveiling at Mobile World Congress 2012. The company claimed that the chassis of the One S is manufactured through a micro arc oxidation (MAO) process, which strengthens the aluminum unibody to be four times harder and more scratch resistant.