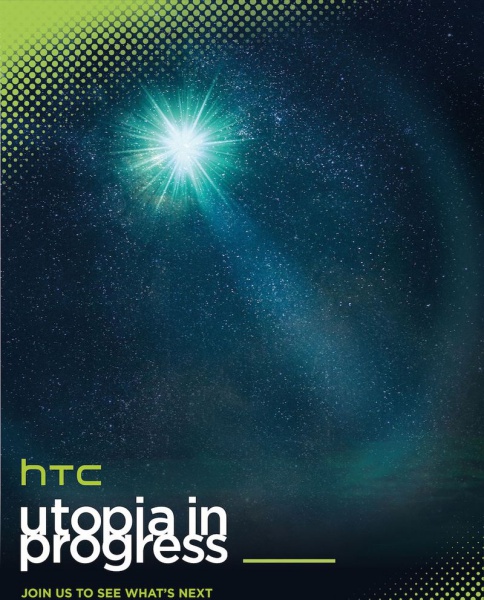 HTC has just sent out invites for a press event at MWC 2015 where it is likely to announce its next Android flagship smartphone.

Scheduled on March 1st, HTC teased that it is an "utopia in progress" and encourages people to check out what's next from the company. Information provided by @upleaks last month suggested that we may be looking at a 5-inch Full-HD phone powered by a Qualcomm Snapdragon 810 chipset, 3GB RAM and a 2,840mAh battery.

The Taiwanese company is taking a different approach this year. Previously, it held separate launch events for its One (M7) and One (M8) smartphones where the devices attracted more media attention. As MWC 2015 is taking place from March 2 to 5, HTC needs to share the limelight with its competitors which are also likely to schedule their launch events at the annual tech exhibition.

Meanwhile, do share with us what you hope to see and have in HTC's next-gen premium smartphone.