Apart from the LTE-capable Ascend G526, Globe Telecom is offering two more Android smartphones from Huawei that are targeted toward budget-conscious consumers. Adding to Globe’s array of smartphone offerings are the Ascend Y320 and the Ascend Y511. 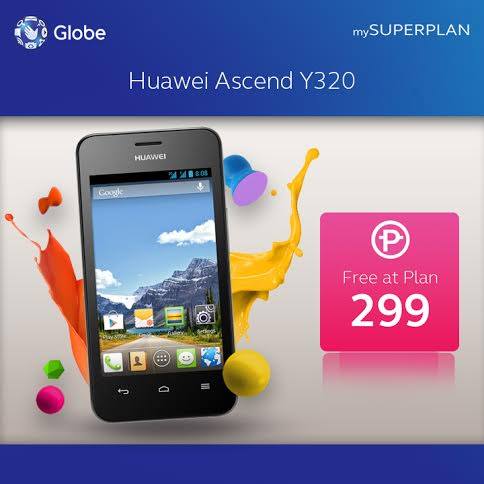 Available through Globe Telecom’s Plan 299, the Ascend Y320 is a dual-SIM smartphone that comes with a 4-inch touchscreen and 480 x 800 screen resolution. It shares a number of similarities with the smaller Ascend Y220, like being powered by a MediaTek MT6572M dual-core processor, but is clocked faster at 1.3GHz with 512MB RAM and 4GB internal storage. The Y320 also highlights a 2-megapixel camera and a 1350mAh battery, and runs on Android 4.2 (Jelly Bean). 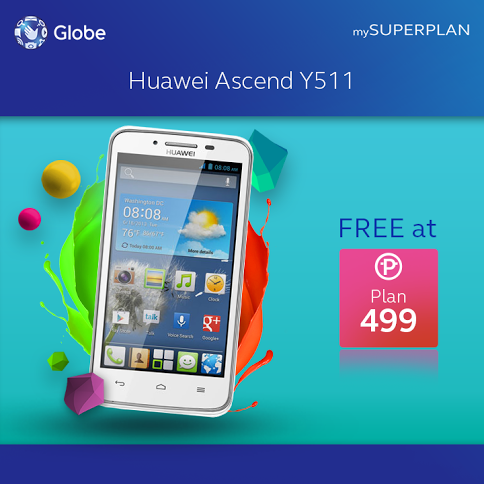 For consumers who are looking for a smartphone with a larger display, Globe Telecom offers the Ascend Y511 under Plan 499. The dual-SIM smartphone also operates on Android 4.2 (Jelly Bean), coming with a MediaTek MT6572 dual-core chip at 1.3GHz, 512MB RAM and 4GB onboard storage. On the imaging front, the Y511 is equipped with a 3.5-megapixel main camera and a VGA camera on the front. Huawei bundles the Y511 with a 1730mAh lithium-ion battery module.

For more information on the details of the plans, visit Globe Telecom’s website. To learn more about other Huawei devices, click  this link.