One of the most anticipated flagship smartphones have finally landed our local shores. And while most brands have been focusing on producing selfie-centric models and bezel-less devices, Chinese smartphone giant Huawei takes the battle to a whole new level with the powerful Huawei Mate 10. 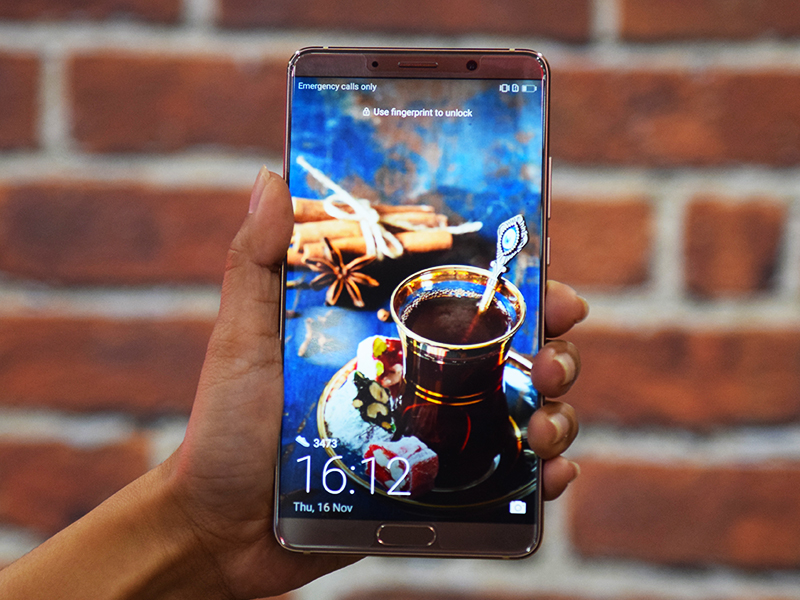 Highlighting one of its standout features, the Huawei Mate 10 is the world’s first smartphone to have a system-on-a-chip (SoC) intended for Artificial Intelligence (AI) through the combined performance of Huawei’s new Kirin 970 and a Neural Network Processing Unit (NPU). This in turn results to 25 times better performance and 50 times greater energy for AI-related tasks. 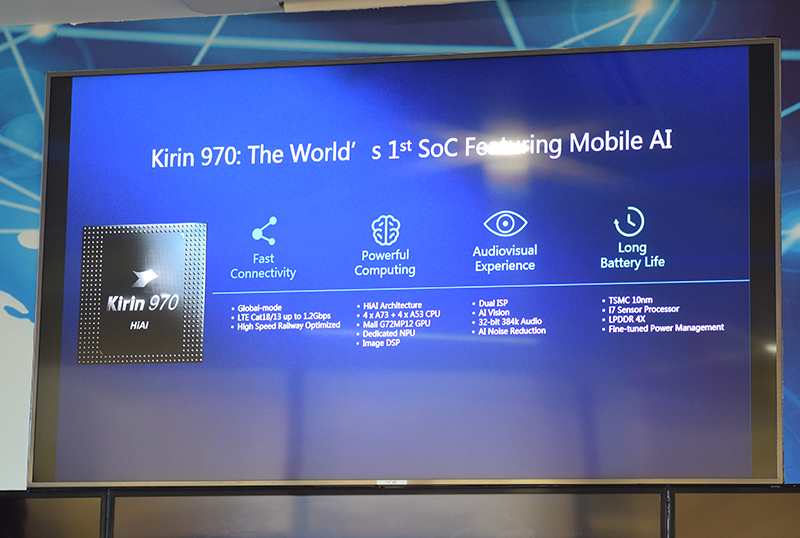 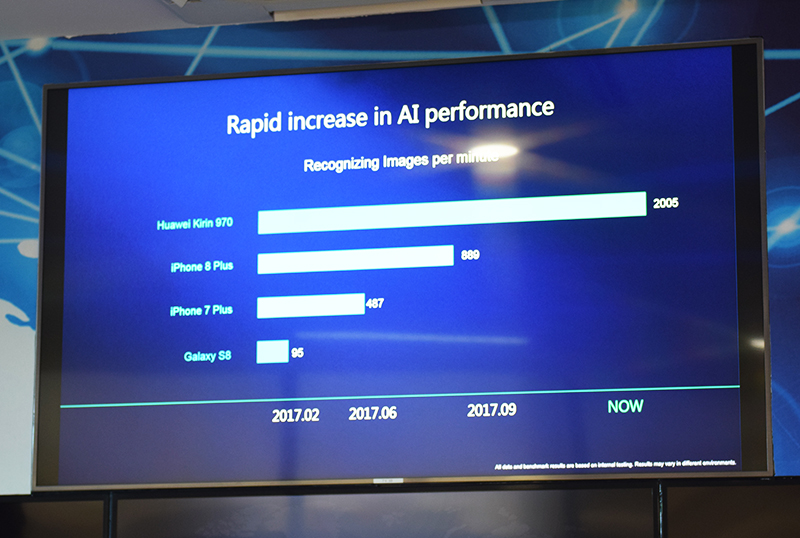 Similar to its predecessor, the Huawei Mate 9, and premium models Huawei P9 and P10, the Huawei Mate 10 comes with a dual rear camera setup collaborated with Leica which takes the job of more than just taking photos. Thanks to the highly-capable Kirin 970 processor, using the Huawei Mate 10’s camera, users can also do other interesting features like counting food calories. 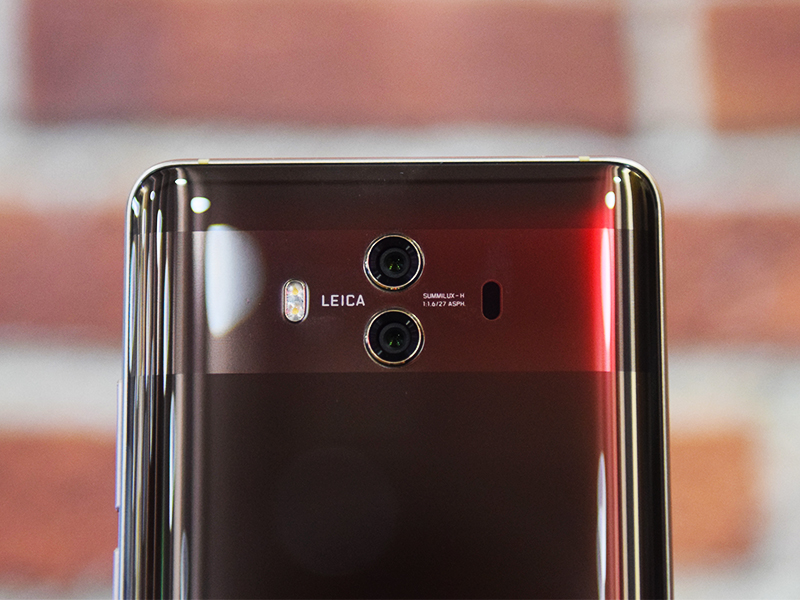 Since the device is an AI device, users need not to fret in adjusting camera settings as the Huawei Mate 10 is capable in adjusting it intelligently and automatically for users in different subjects and shooting environments as shown below. 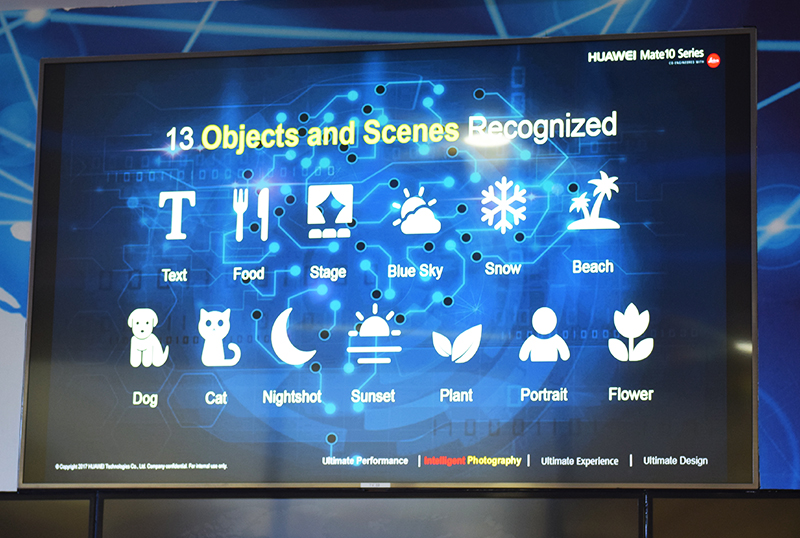 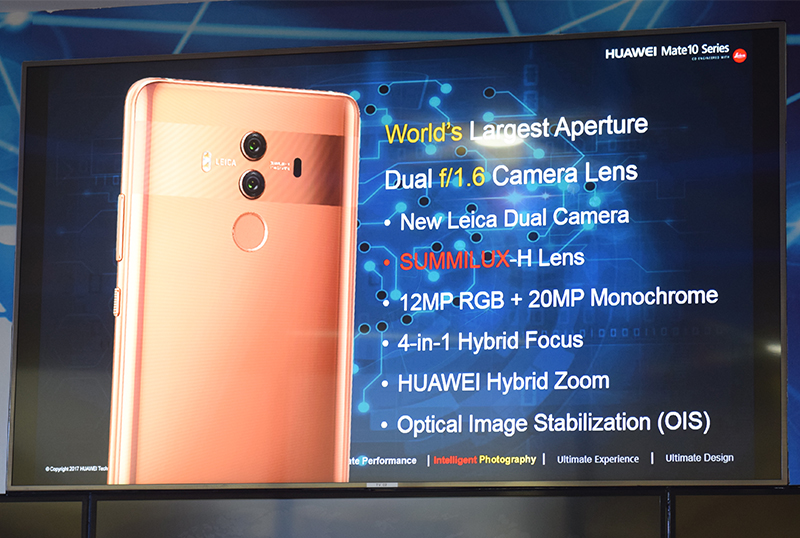 Another convenient feature of the device is its Easy Projection which permits users to have PC experience through a plug-and-play system. Simply connect a display, keyboard, and mouse to the Mate 10 using an optional USB Type-C to HDMI cable or adapter, and the Huawei Mate 10 will project an EMUI desktop display.

The Huawei Mate 10 flaunts a 5.9-inch screen with the company’s very own FullView Display in WQHD (2560 x 1440) resolution. Joining the Kirin 970 processor beneath the device is a 4GB RAM + 64GB ROM storage combination, and a Mali-G72 MP12 GPU. The Huawei Mate 10 is also one of the first devices to have an Android 8.0 Oreo out of the box, topped with Huawei’s new EMUI 8.0.

Running on 4,000mAh stamina, the Huawei Mate 10 is equipped with smart battery management system that understands user behavior and maximizes battery life. This is complemented with the Huawei SuperCharge technology which equates a 20-minute charge to a full-day usage.

Here’s a quick rundown of the Huawei Mate 10’s specifications:

Available in colors of Mocha Brown and Black, the Huawei Mate 10 is now available in all Huawei Experience stores and partner retailers nationwide for PhP 32,990. The Huawei Mate 10 also comes with a Porsche-designed variant although local pricing and availability of the said version is yet to be announced as of writing.