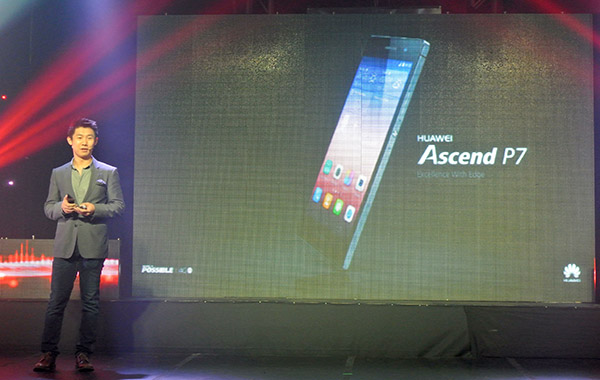 Last year, Huawei released its Ascend P6, which was one of the slimmest phones ever released. And now Huawei has just unveiled the much-awaited successor, the Ascend P7. Following the same design philosophies, the larger Ascend P7 looks almost the same as the previous P6. The new Ascend P7 boasts a larger 5-inch Full HD screen, the new HiSilicon Kirin 910T 1.8GHz quad-core processor, 2GB of memory and 16GB of storage (expandable via microSD), and runs on Android 4.4.2 KitKat with Huawei's Emotion UI 2.3 on top. 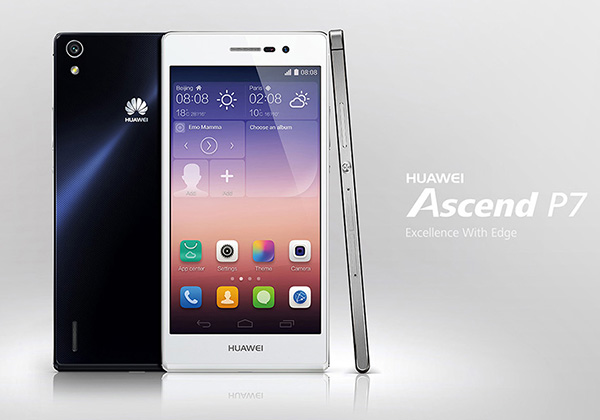 The Ascend P6's body gained a lot of praise as it's extremely sleek looking, the Ascend P7 tops that with its 7-layer build and unibody design. This smartphone also has its back covered with Gorilla Glass 3 that has gone through surface treatment to better its feel. It isn't all about the sleek body for the P7 as it also now supports 4G LTE and has Huawei's unique dual antenna design that greatly improves signal reception. With a 2500mAh battery and proprietary battery-saving technology, the P7 brings consumers that long-lasting connectivity. Shutterbugs out there aren't left out by Huawei with the P7's 13MP rear camera and 8MP front camera. Complementing these are Sony's 4th generation BSI sensor, Image Signal Processor (ISP), and IMAGESmart 2.0 software. Capturing spontaneous moments is also made easy with the Ultra Snapshot function which enables the user to be camera-ready in just 1.2 seconds after double-clicking the down volume button. The 8MP front camera also comes with a panorama function for that panoramic selfie shooting.

For a closer look at the Huawei Ascend P7, you can read our P7 preview.

Previous Story
Facebook Conducted Secret Psychological Experiments on 600,000 of Its Users
Next Story
The LG G3 Lands in the Philippines