Huawei's prototype phone battery can recharge to 50% in five minutes

Huawei's prototype phone battery can recharge to 50% in five minutes 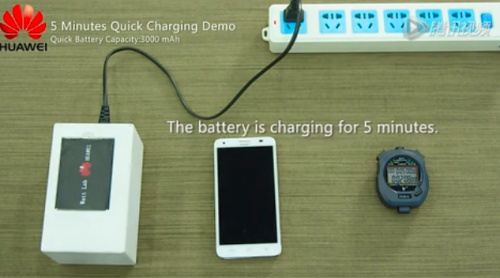 According to ComputerWorld, Huawei's research and development subsidiary Watt Lab has developed two smartphone battery prototypes which can be recharged faster than existing quick charging technologies. Apparently, the 3,000mAh battery can be recharged to 50% in five minutes while the second, smaller capacity 600mAh can reach 68% in just two minutes!

Although the battery is built using the current lithium ion chemistry, it has an edge over conventional batteries by having atoms of graphite bonded to the anode. By doing so, faster charging will not degrade the capacity or lifespan of the battery in the long term.

At the the moment, Huawei did not specify when such batteries will appear in commercial devices. If you're interested to see the fast charging process, hit the source links below.