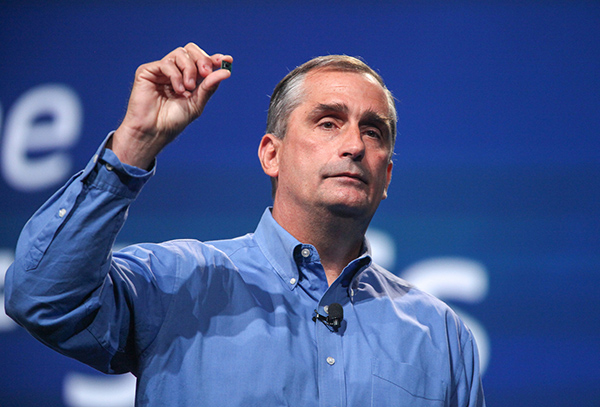 Rumors that Apple might ditch Intel for ARM processors for its Macs have been floating around for some time, but it gained steam last week after noted KGI Securities analyst Ming-chi Kuo said that Apple would make the switch to ARM processors very soon. Reports even go as far as to suggest that Apple already have working prototypes in place, running off ARM processors and an ARM version of OS X.

Intel CEO Brian Krzanich, however, remains confident in his company's processors and said that he has been hearing the same rumors for a long time. Krzanich also added that their relationship with Apple is "strong." Finally, he said that Apple is a company based on innovation and they are going to choose a supplier that is going to give them the ability to do that and so Intel's job is to ensure that they deliver the parts that will allow Apple to fulfill their goals.

Krzanich also took time to address Intel's mobile unit losses. Overall, Intel's mobile unit lost over US$3 billion on just US$209 million in revenue in 2014. He admitted that Intel was late and that they would have a lot to do to catch up. However, he remains confident and is working on establishing a presence in the Chinese market through deals with partners such as Lenovo and ASUS.