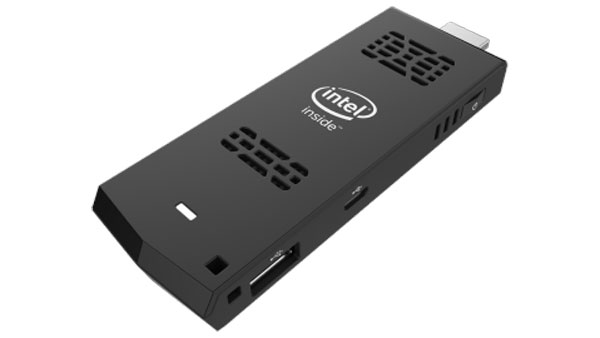 Intel took the wraps off its Compute Stick at the Consumer Electronics Show (CES) in January. It also made an appearance at Intel’s Future Showcase Event last year under another name – the Next Unit of Computing or NUC. Now, users who’ve been waiting for the PC that they can literally pocket can finally pre-order the flash drive-sized device online.

Intel’s diminutive PC probably reminds you of the recently-announced ASUS Chromebit, which plugs into the HDMI port of any display and enables it to be used as a Chromebook. Similarly, the Intel Compute Stick also works with any HDMI-equipped display and turns it into a working PC based on either Windows 8.1 or Linux (your choice).

The Intel Compute Stick houses an Intel Atom 1.33GHz processor, 2GB of RAM and 32GB of internal storage – enough for basic computing tasks. Users who run out of space can also add additional storage via the onboard micro SD card slot. In addition, Intel’s PC-on-a-stick sports a USB port and Wi-Fi and Bluetooth connectivity, which will allow users to connect their input peripherals and access the internet.

The Windows version of the device is currently available for pre-order on Newegg at US$149.99, with the release date set at 24 April. Its US$109.99 Linux counterpart appears to be more popular, with a later release date of 31 May. Amazon has also updated listings for both Windows and Linux versions, but with no price or availability information. We’ll be sure to update when we have more information, so stay tuned.