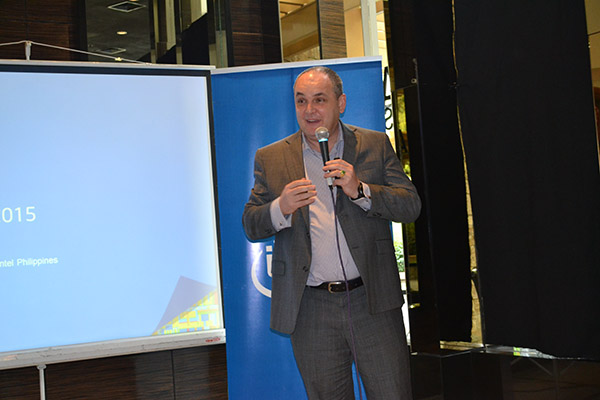 In a media briefing, Intel looked back at 2014 and shared a recap of its biggest moments for 2014. First on the list is the company's target of shipping 40 million tablets with Intel Atom processors. This goal was announced during CES 2014. By the 3rd quarter of 2014, Intel has already shipped more than 30 million tablets. It isn't just tablets that Intel had in mind as it also continued to improve its chips across all mobile form factors. This year, Intel launched the world's first 14nm Intel Core M processors for Ultrabooks, notebooks, and 2-in-1s. There's also the Intel Atom Z3000 family for tablets and smartphones. Intel also announced its new mobile SoC named SoFIA that features an integrated dual-core Intel Atom processor with a global 3G modem, and will be powering entry and value level smartphones and tablets. Continuing its drive for better performance and efficiency, Intel has been relentlessly pushing in improving process technology, which has resulted in the world's first 14nm process technology.

Taking user experience to the next level, Intel launched its RealSense technology. From advanced depth cameras enabling precise hand and finder gestures to dual array microphones, 3D scanning, facial recognition, and tightly integrated voice control, this technology allows us to develop devices that understand us.In the past few months, wearables have started to bloom in number. Intel is also pushing forward in this space with its partnerships with Fossil Group, Inc., Opening Ceremony, and SMS Audio LLC and acquisition of BASIS Science Inc. to develop devices across various industries.

To drive innovation in the wearables and perceptual space, Intel issued a series of global calls to action with its Make it Wearable, Analytics for Wearables, and RealSense Technology App challenges. To enable this innovation, Intel announced Intel Edison, an affordable and tiny dual core, Quark-based computer housed in an SD card form factor.

The growth of connectivity has been astounding in recent years and to further foster this growth, Intel joined the Open Interconnect Consortium and the Industrial Internet Consortium to drive the use of connected technologies across different industries.