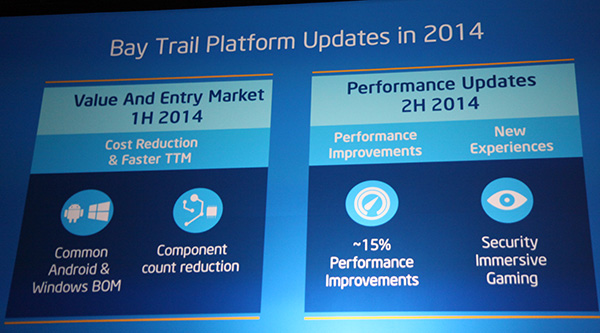 During the keynote address at IDF 2014 in Shenzhen this morning, Intel revealed that they will be updating their Bay Trail processor (Atom-based SoC) with two new SKUs.

The first SKU will be targeted at the value and entry-level market. The new platform will offer developers and OEMs a much-reduced cost using common Android and Windows components. The new SKU will require far less components, bringing the total cost of components down significantly. Speaking at his keynote address, Dr. Hermann Eul, vice president and general manager of Intel’s Mobile and Communications Group, said that the new entry-level products will enable OEMs to launch both Windows and Android devices in the second half of this year with some starting at prices as low as US$99. This will give consumers more choices and it is expected to give Intel a chance to penetrate the market with more Intel-based tablets. The 64-bit ready processors will also give Intel an edge over its ARM-based competitors as multimedia performance is expected to scale on 64-bit. Intel has also been working on a 64-bit version of Kit Kat (Android version 4.4) with optimizations in the operating system to take advantage of Intel's 64-bit technology. 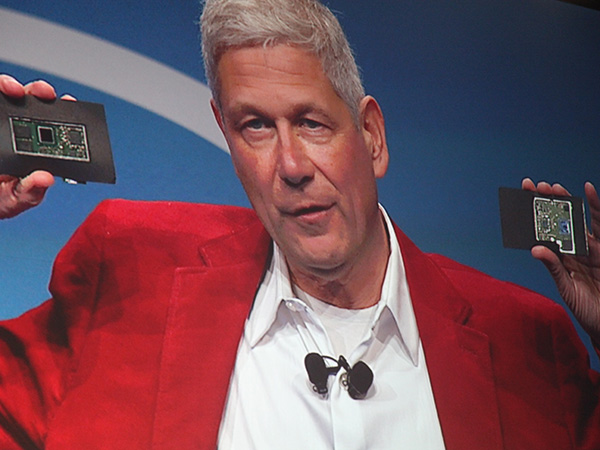 The next update slated in the second half of this year would involve performance improvements to the Bay Trail processor and platform. Offering up to about 15% increase in performance, OEMs are expected to deliver tablets equipped with better security as well as more immersive gaming experience.

Details of the new processor SKUs were not revealed and we’re expecting more announcements during Computex Taipei in June. Stay tuned.