While the Broadwell microarchitecture first debuted nearly two years ago through Intel’s maiden Core M processors using the 14nm process  technology utilizing second-gen 3D tri-gate transistors, they then debuted on Intel’s general mobile processor line-up at CES 2015 and then on the mainstream desktop processors in Computex 2015.

Finally, an enhanced version of Broadwell is now replacing the Haswell-E processors to pack even more firepower than ever before at the same TDP. These are the new processors that will go to retail with immediate effect:

As expected, the Broadwell-E processors still use the LGA 2011-v3 socket that debuted with the Haswell-E processors and are thus perfect for existing Intel X99 platform owners to upgrade – especially if they are running lower tier models like the Core i7-5820K. Maintaining the same 140W TDP, the new processors deliver higher clocks and pack more cores (Core i7-6950X), which is amazing considering the first consumer 10-core processor can process 20 threads simultaneously with Hyper-Threading and packs 25MB of L3 cache. 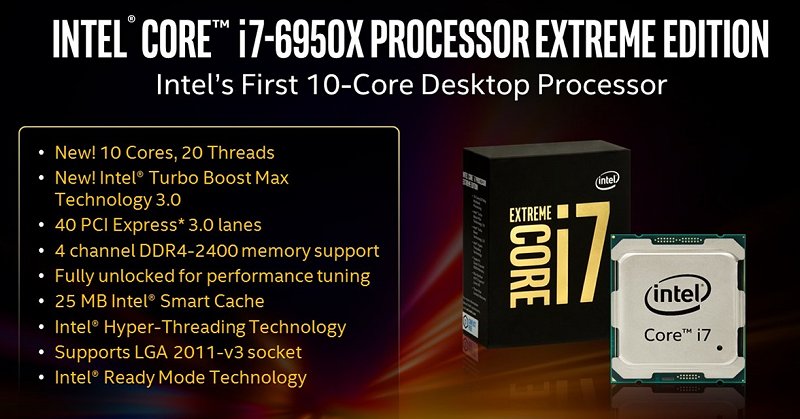 There are all the new features across all Broadwell-E processors: 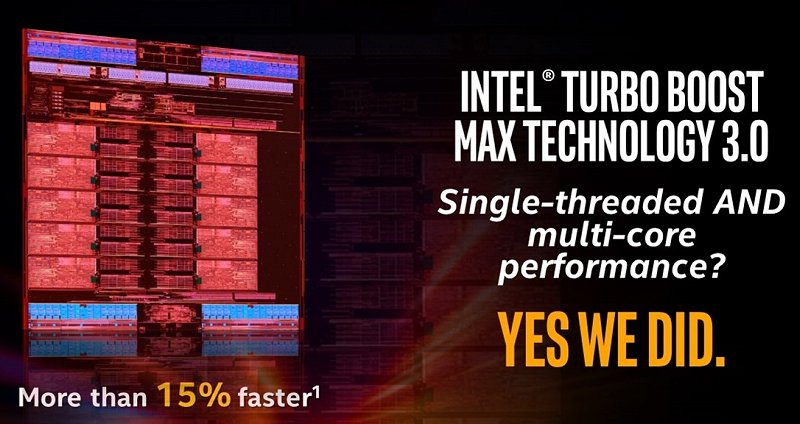 In addition to all the goodness of Broadwell’s microarchitecture capabilities, Broadwell-E incorporates a brand new Turbo Boost variant to reap the best of single-threaded and multi-core performance in the massive multi-core processor.

Traditionally, a processor could only run single threaded workloads at maximum clock speeds or multi-core workloads at a reduced clock and even then, rarely all cores are utilized on a massive multi-core processor.

The new Intel Turbo Boost Max Technology 3.0 on the Broadwell-E allows the processor to take advantage of unused processing cores to pack in more workload and thus execute more threads simultaneously. This is how Intel achieves single threaded and multi-core performance and according to their internal testing, yields more than 15% performance uplift against their last generation Haswell-E processors.

Quad-channel DDR4-2400MHz support
Quad-channel memory has been a staple in the E-class processors for some time now, but this time round, Intel has increased the memory throughput capability by supporting the speedier DDR4-2400MHz class memory – up from DDR4-2133MHz in Haswell-E. With faster processors and more cores, the increased memory bandwidth goes well hand in hand. 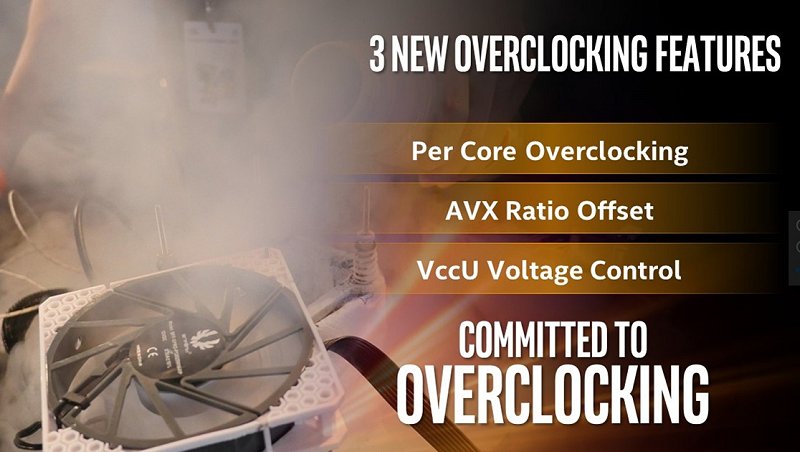 Previously there was only one ratio control that applied to all cores. On Broadwell-E, you can now control ration on a per core basis! Truly, this alone cements Broadwell-E as the ultimate overclocking platform, although it will naturally demand more effort to get the best out of the processors.

Broadly speaking, AVX instructions based routines consume more power and thus there’s yet another new lever to help set the execution speed of AVX content in relation to the core-based ratio control.

From Intel’s point of view, the new VccU Voltage Control can be used to extract more frequency from the Ring within the processor. The Ring is the interface that ties all the cores together within the processor. The Ring has a voltage associated with it and thus by being able to control the voltage, you can get additional overclocking performance. This is useful particularly in extreme overclocking (LN2) scenarios. 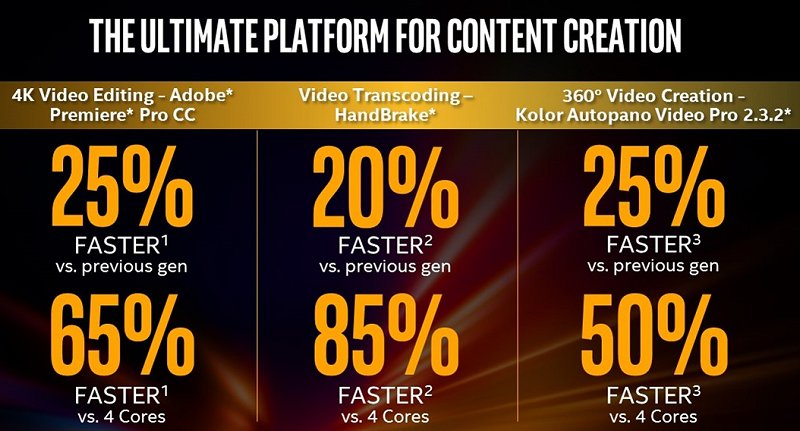 Putting it altogether, what can you expect out of the new Broadwell-E?

Overall, comparing the same tier of Broadwell-E and Haswell-E processor, you can expect up to 35% gain in multi-threaded performance. The smaller process node allows the new microarchitecture to pack more cores, such as from 8 previously to 10 cores now and that alone can net you up to 25% performance boost. The rest of the uplift comes from architectural enhancements which brings increased IPC and faster clocks due to a smaller process tech.

Against a new top-of-the-line quad-core Skylake processor, the Broadwell-E can net you up to two times the performance on a highly scalable test like Cinebench.

When using real applications, you can get up to 85% uplift in certain scenarios. While it’s expected that not all applications are designed for massive multi-core processors like the new 10-core extreme processor, the software still playing catch with hardware capabilities.

In the realm of gaming, a processor like the Broadwell-E is prime to deliver consistently high frame rates for ultra-high quality 3D and VR gaming.

Then there are extreme multi-tasking situations that Intel now terms as mega-tasking, which the Broadwell-E is ideally suited for. One such mega-tasking scenario is live video game streaming - Twitch + 4K gaming (Rocket League) + re-encode and uploading. According to Intel’s internal testing, the test system managed gameplay with more than 60fps while having a live play on Twitch with transcoding taking place simultaneously (4K to 1080p resolution) and hosting that on YouTube. The Broadwell-E managed this mega-tasking scenario a whole 25% faster than on Haswell-E. 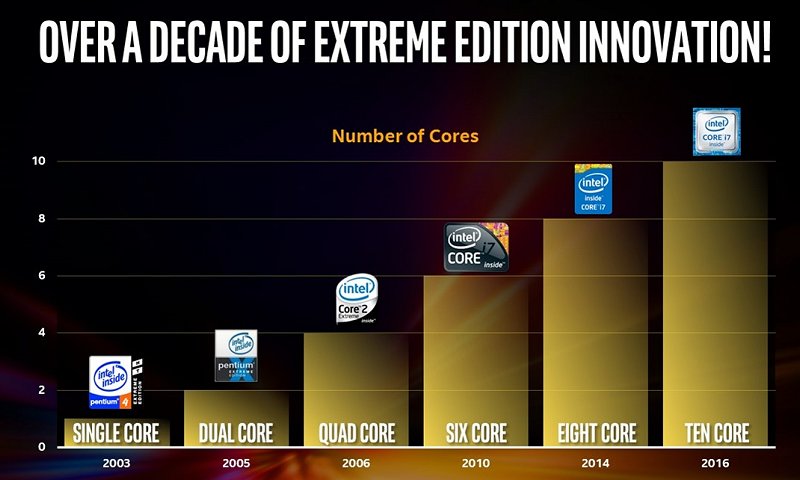