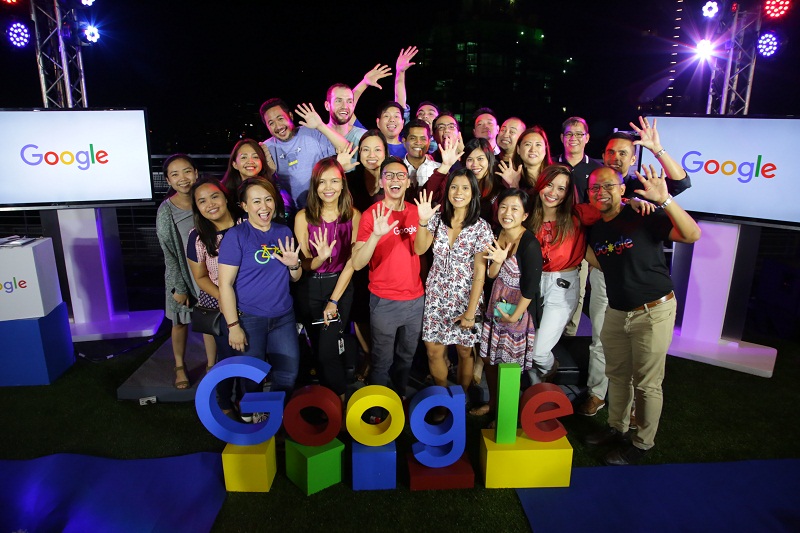 In a night filled with laughter, trivia, and supermoon sighting, Google celebrated its fifth year of base in the Philippines. As it crosses a milestone, Google Philippines vows to continue in making information accessible and useful for Filipinos.

During the media gathering, Country Manager of Google Philippines Ken Lingan noted that the company, which is one of the most recognized in the world, is doing its best efforts toward growing the country’s digital economy, culture, and the Internet.

“Every Filipino needs to be fully equipped in their role as drivers of our country’s growth. Making the Internet optimal for use is a persistent challenge but together, we can harness its power to create opportunities and unlock our country’s full potential,” he says.

One of the main collaborations which Google Philippines focuses on pushing forth this 2018 would be its increasing support to micro, small, and medium (MSMEs) enterprises. With a close partnership with the Department of Trade and Industry (DTI) and with the introduction of Google My Business, a free online tool where entrepreneurs can share relevant information such as location, business hours, and location details, Google Philippines hopes to boost the MSMEs visibility online, and to ultimately encourage them to participate in the growing billion-dollar e-commerce industry in the country.

Lingan also mentioned about the company’s Local Guides, an online tool that allows Google Maps users to share reviews of restaurants, cafes, tourist spots, hotels, shops, and other travel spots. In line with this, Google Philippines is organizing a Local Guide Summit that would involve local communities and top contributors. Still on promoting Philippine tourism, travel, and culture, Google Doodles confirmed its lineup of display of seven Filipino festivals, notable individuals, and national historic events on the Google search homepage.

Meanwhile, the most anticipated campaign for this year would be #LovePhilippines which would see the participation of local YouTube creators and other social influencers. The campaign aims to create responsible and productive interactions online, thus producing a better Internet environment.

The fun celebration has long ended but Google Philippines resonates its commitment to bringing a better Internet experience for Filipinos. As the company looks forward to implementing its efforts, Lingan left a firm and strong promise: “With new tools and opportunities in store, we are optimistic that we will fuel breakthroughs that will lead to the country’s success.”

Previous Story
The year that was: A look back at AMD Ryzen’s milestones
Next Story
Get a free JBL Bluetooth headset when you pre-order Huawei Nova 2 lite