It's official, G-Sync is coming to notebooks

It's official, G-Sync is coming to notebooks 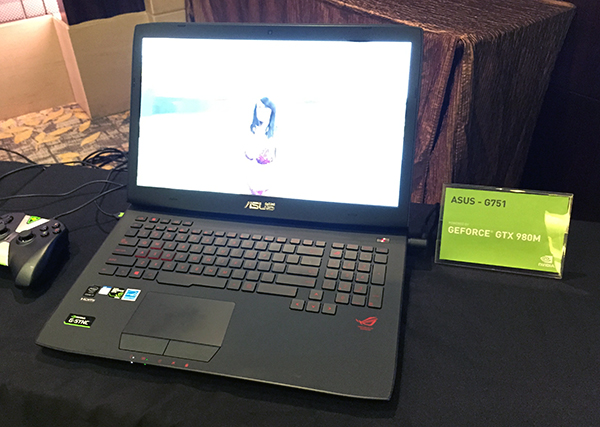 NVIDIA has just announced that its G-Sync technology is now available on selected notebook models from major gaming notebook brands such as ASUS, Aorus and MSI.

G-Sync was first announced in late 2013 and is a technology that aims to eradicate lag, stutter and tearing from games. Very briefly, these problems arise because of an incompatibility between the GPU draw rates and the monitor’s refresh rates. So to solve it, G-Sync forces monitors to refresh whenever the GPU finishes drawing the frame, this also means G-Sync enabled monitors must have variable refresh rates. In fact, monitors that support G-Sync have variable refresh rates that can go as high as 144Hz to as low as 30Hz. We covered this in greater detail in our original coverage article here.

Already, there are numerous desktop monitors that support G-Sync, such as ASUS’ awesome Swift ROG PG278, but notebook gamers have had to wait. Fortunately, the wait is over.

Beginning today, major gaming notebook brands such as ASUS, Aorus and MSI have announced updated models of their gaming notebooks that will come with displays that support G-Sync. The reason for the delay is presumably because of a lack of displays that can comply with NVIDIA’s requirements for enabling G-Sync.

During the briefing by NVIDIA, it was also revealed that G-Sync on notebooks is an entirely software-based implementation, unlike desktop monitors which require a special custom G-Sync module as a go-between.

As mentioned, notebooks that support G-Sync will be available from now and we expect to see more being announced over the next couple of days at Computex 2015.