As Fujifilm Philippines official welcomed the new X-E3 in the Philippine soil during that one underground event in early November, the newest camera model was welcomed by their brand ambassadors, including popular TV actor James Reid.

Joining the Fil-Aussie heartthrob as the new faces of the camera are photographers Magic Liwanag and Shaira Luna, as well as the Fujifilm X-Photographers Rommel Bundalian and Xyza Bacani who spoke regarding the X-E3’s innovative features, making it the ultimate creative minds’ perfect buddy. 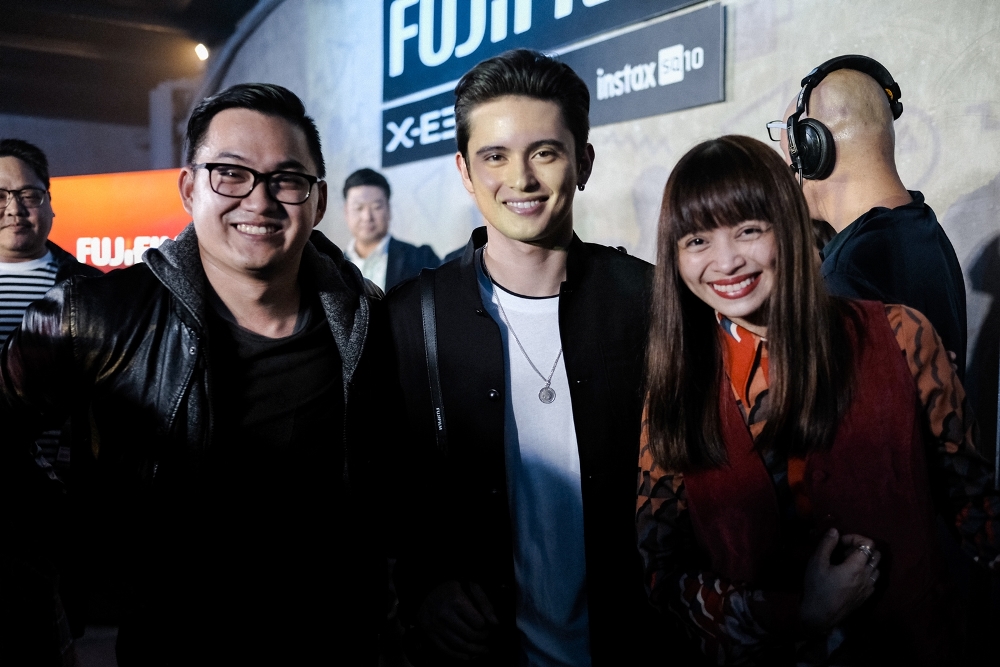 Reid, claims that Fujifilm X-E3 is the perfect fit for people like him who enjoys capturing breathtaking sceneries during his travel times. He also recommends the camera for photographers like him who want to seamlessly upload photos directly to their smartphones or tablets.

Aside from him, the two of the Philippines’ most sought-after young photographers shared statements about their love for the lightweight and mirrorless camera that sports new rangefinder style, the latest X-Trans CMOS III sensor and powerful X-Processor Pro for having the best in-class color reproduction in both stills and 4K movies, which makes it capable to draw out the subject’s colorfast and accurately when shot; creating an outstanding image quality in the process.

“I find myself using this camera often. The minimalist feel to it makes it pretty cool to use for traveling. The camera won't be too intimidating to hold or shoot with,” said Liwanag.

“I enjoy using it for my personal work, because aside from being small - thus allowing my hands to be free to do other things - I can easily adjust the settings in-camera to echo the nostalgic tones I often use in my stories. The image quality and ease of use of the X-E3 is what stands out,” said Luna.

The new Fuiifilm X-E3 lets every photography aficionado explore the depths of their vision and capture time for creativity. It is also part of Fujifilm’s Mirrorless Digital Camera X-series. It is available in silver and black color variants. The new camera, together with other Fujifilm products, is sold at authorized nationwide for the price of PhP 50,900; with 23mm kit, PhP 64,990; 18-55mm kit, PhP 72,990 (Body Only).