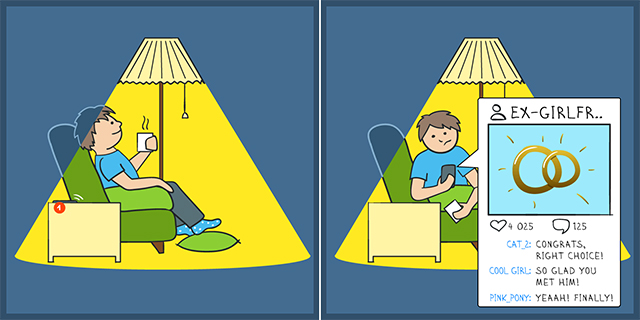 Social media yields a negative impact to most people, according to a recent research conducted by global cybersecurity company Kaspersky Lab.

The study participated by 16,750 people all over the world in which 1,000 respondents are from the Philippines revealed that people often experience negative emotions after spending time on social media due to a variety of reasons, and these overpower the positive effects of social media.  These negative emotions often include the feeling of enviousness upon seeing their friends’ happy posts about the holidays, hobbies, and parties – leaving them with the thought that other people are enjoying life more than them.

Here are the key findings:

Most people seemed to be aware of the negative effects brought by social media but find it hard to leave their accounts. Aside from using social media as a means of keeping in touch with friends and family, most users also have the fear of losing their digital memories, such as photos, and contacts with their friends upon deactivating their accounts.

While keeping in touch with friends may be a difficult problem to solve, Kaspersky Lab is working on a solution to help people save their digital memories.

“Our relationship with social media has developed into a vicious cycle. We want to go onto our favourite social platforms to tell all of our connections about the positive things we are doing – that makes us feel good”, says Evgeny Chereshnev, head of Social Media at Kaspersky Lab. “But the reality is that everyone is doing the same thing, so when we log onto social media we’re bombarded with images and posts of our friends having fun. And it looks like they’re enjoying life more than us. It’s easy to see why this is leaving people feeling down and why so many people have considered leaving social media altogether. The difficulty is that people feel trapped because so many of their precious memories have been stored on social media and they don’t want to lose access to these.”

Kaspersky Lab is developing a new app called “FFForget.” Set to be released this year, the FFForget will allow people to back up all of their digital memories from various social networking sites and keep then in an encrypted memory container, thus, easing off the dilemma of leaving social media.

Previous Story
OPPO launches A39 smartphone for only PhP 10,990
Next Story
Nokia is officially back to the smartphone market