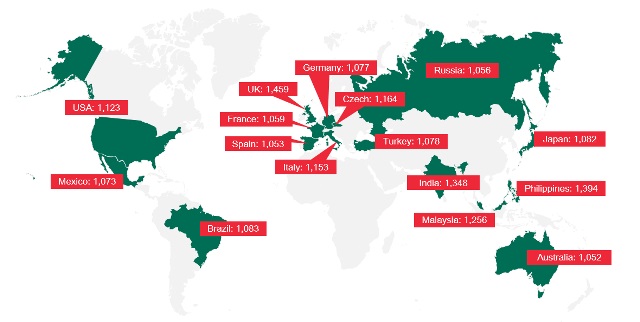 Kaspersky Lab has tested the cyber savviness of more than 18-thousand users worldwide to find out how they behave on the internet and how risky their online habits are.

The respondents were presented with a series of standard online situations that most users face, and a variety of answers to choose from.

Of all dangerous answers selected most were in response to situations where users had to identify a specific cyber threat. Some of these were those leading to the loss of digital assets, identity, and money.

The 76-percent of those surveyed were unable to distinguish a real web page from a fake. Also, they could end up entering their credentials on a page designed to steal credentials.

While another 75-percent are careless about checking the format files they are about to download.

Respondents were 18 years old and from 16 different countries. The test aims to learn what their online habits are, whether they could make the right decisions about their cyber security or if they could recognize a threat.

According to the research results, Germany, Spain and Australia received the best average score for cyber savviness, but even these countries still have a lot to learn.